Find and book the perfect accommodations in Lisbon 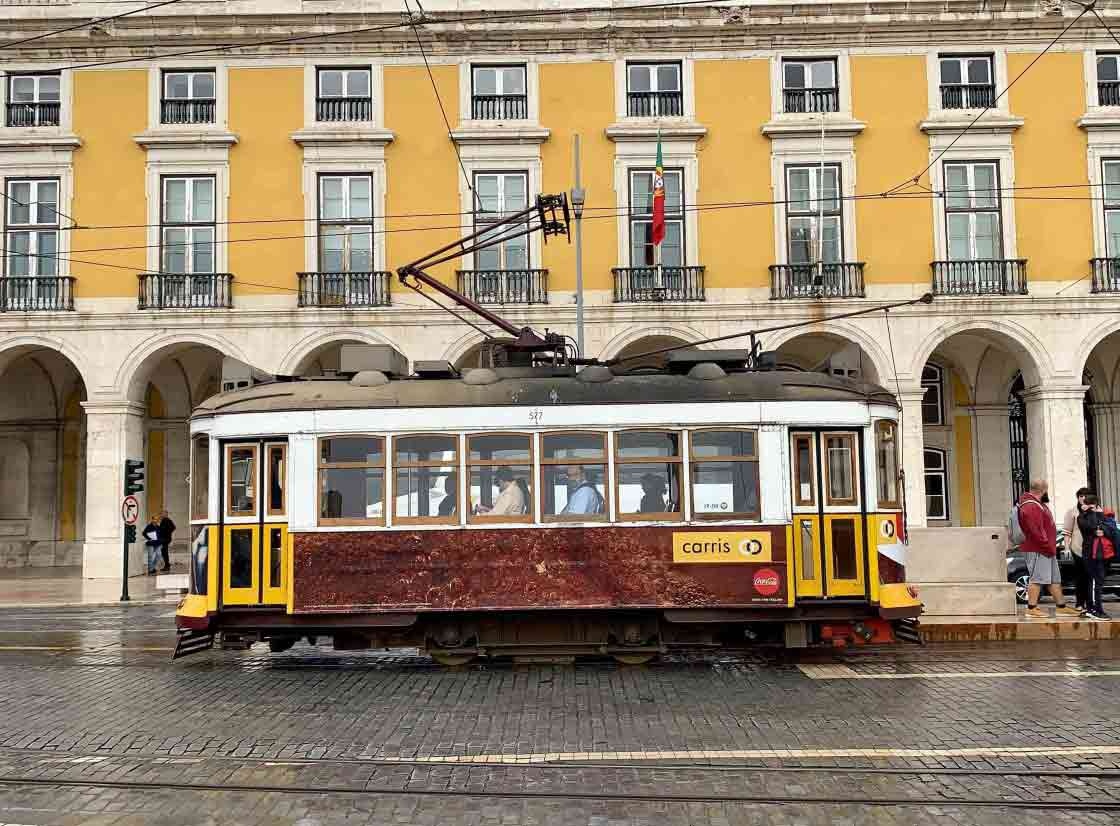 Where to stay in Lisbon

Homes that fit the whole gang

Where to stay in Lisbon

The Lumiares Hotel & Spa - Small Luxury Hotels Of The World

Hotels with breakfast included in Lisbon 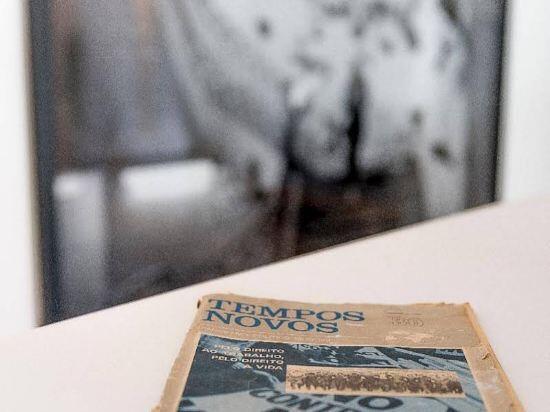 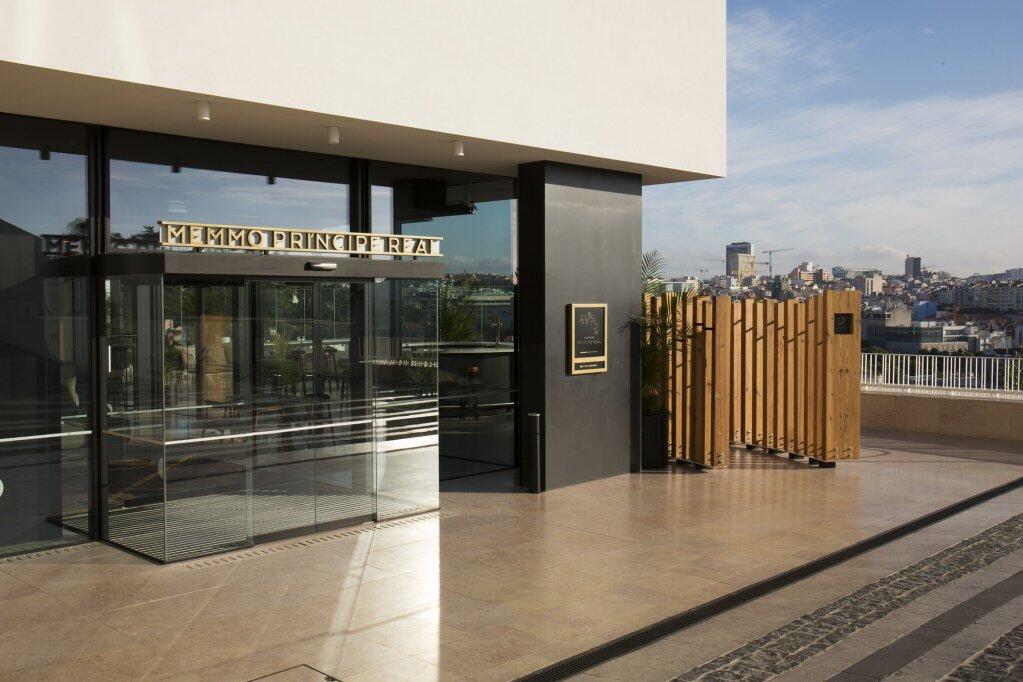 Homes that fit the whole gang in Lisbon

Because the more, the merrier 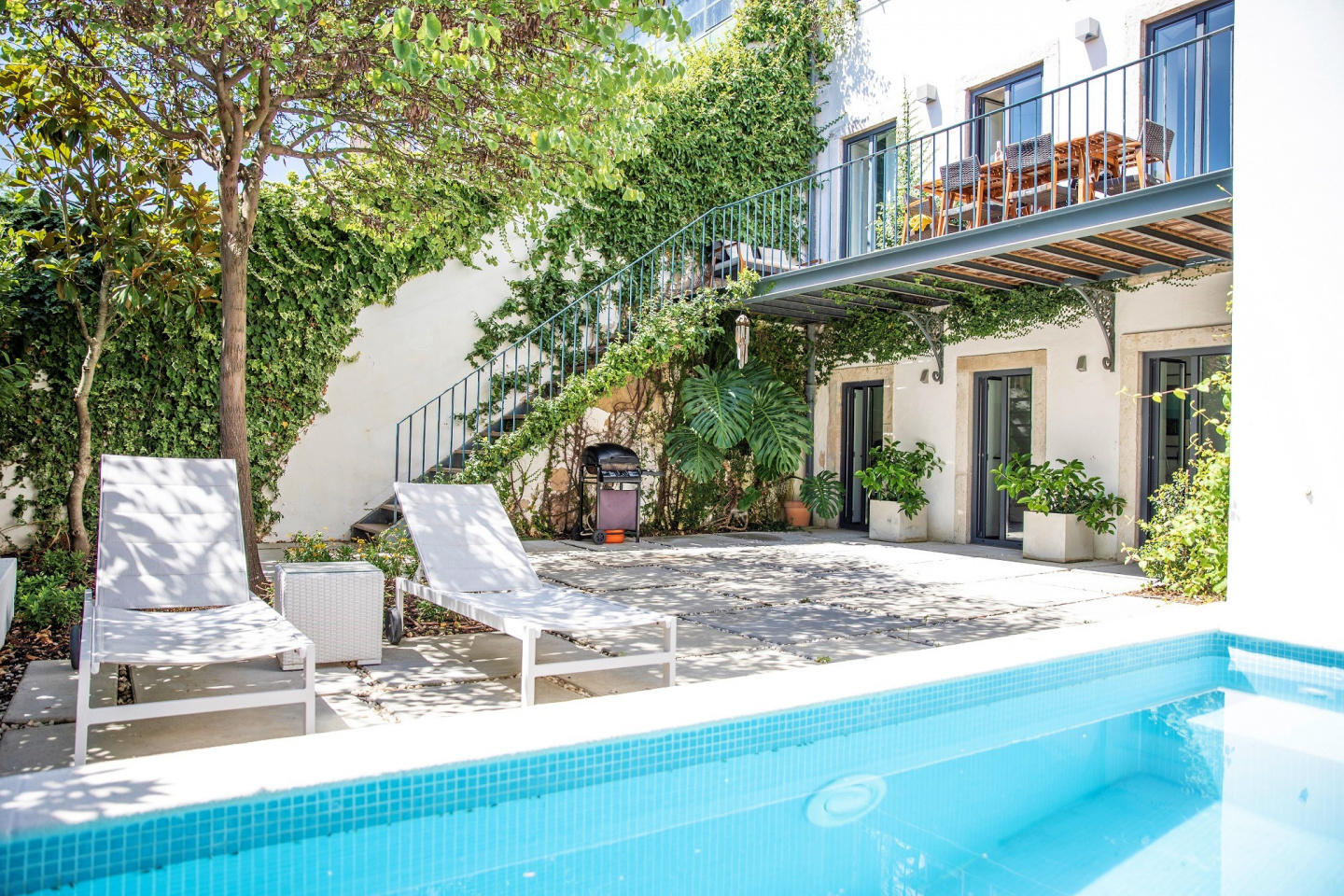 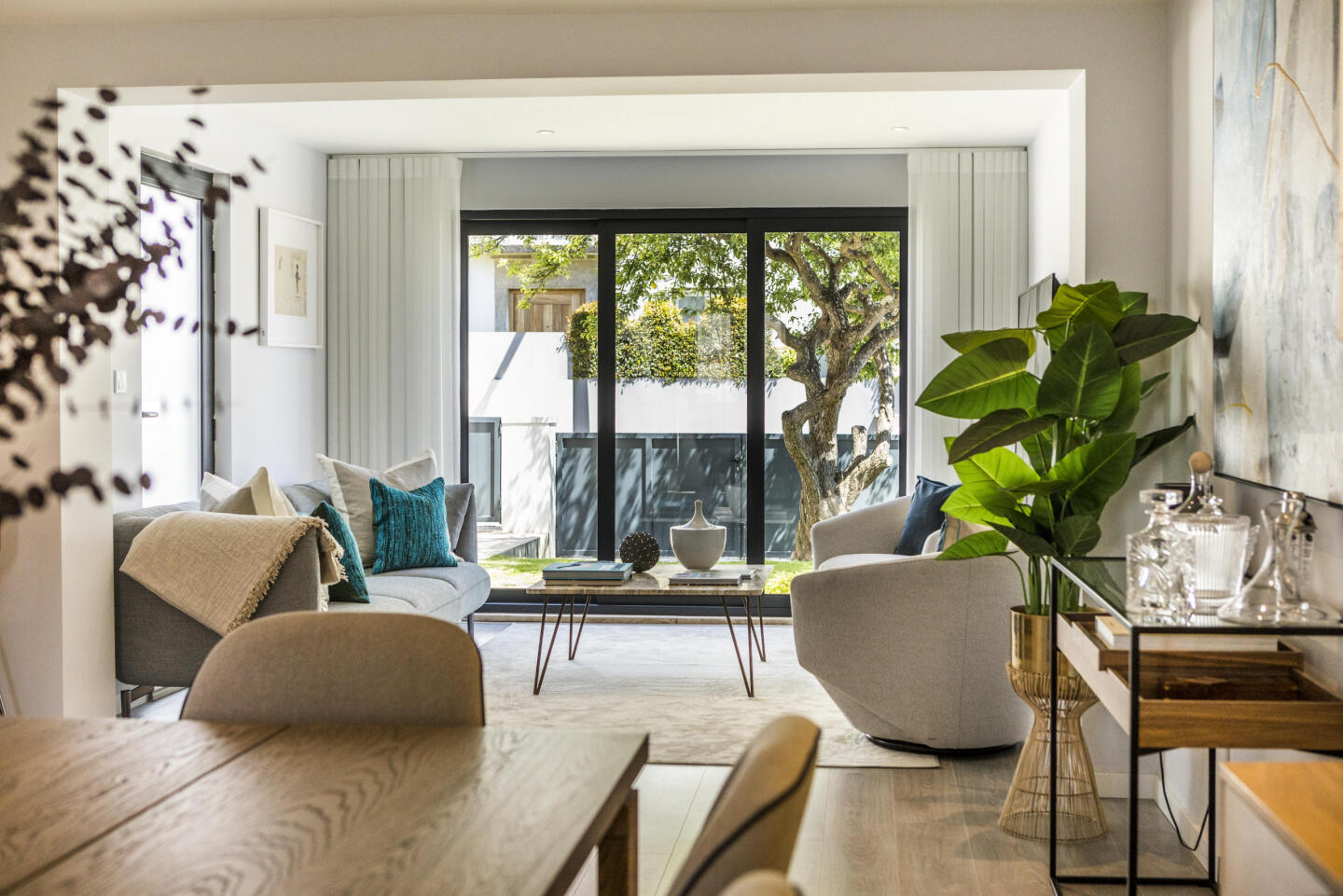 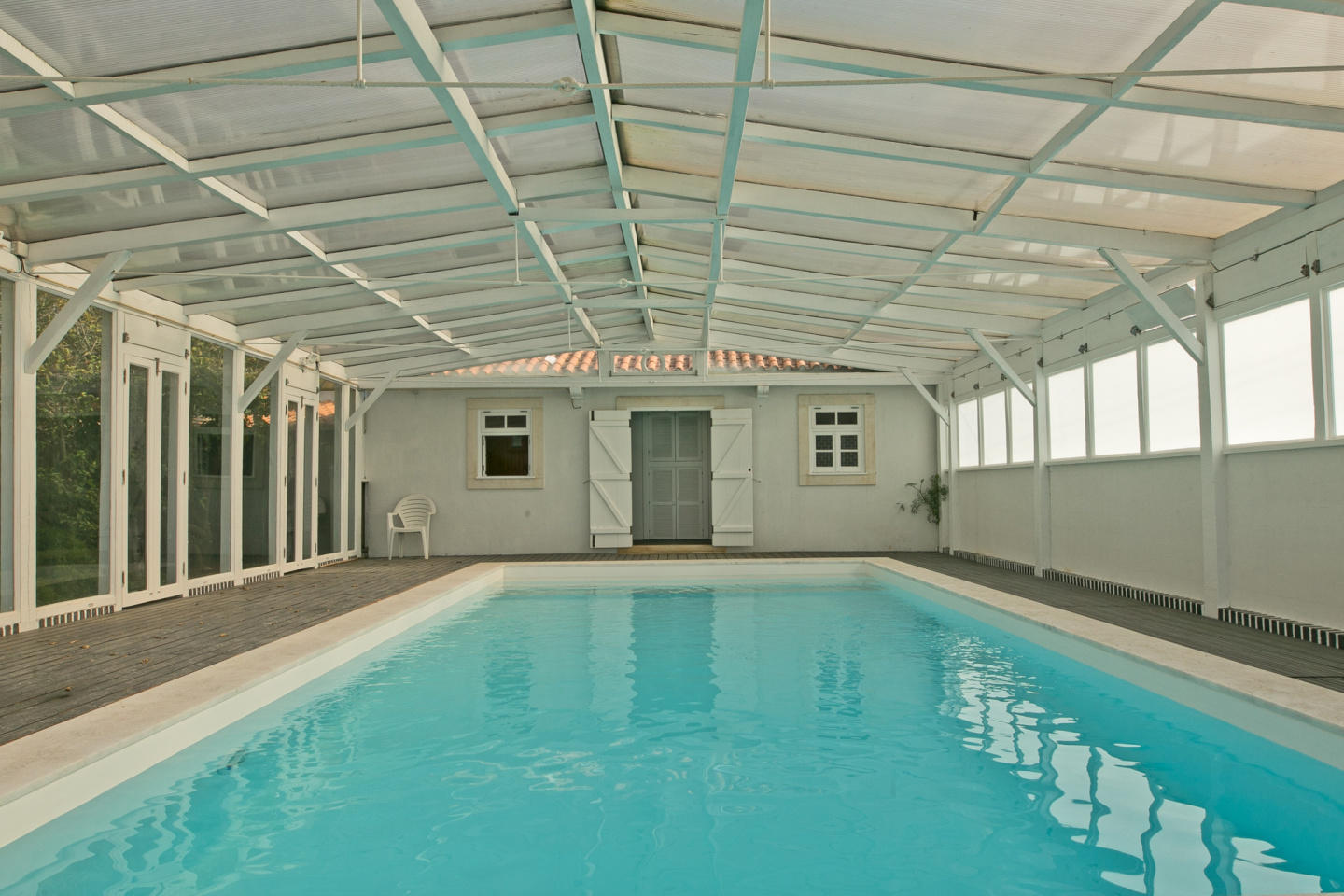 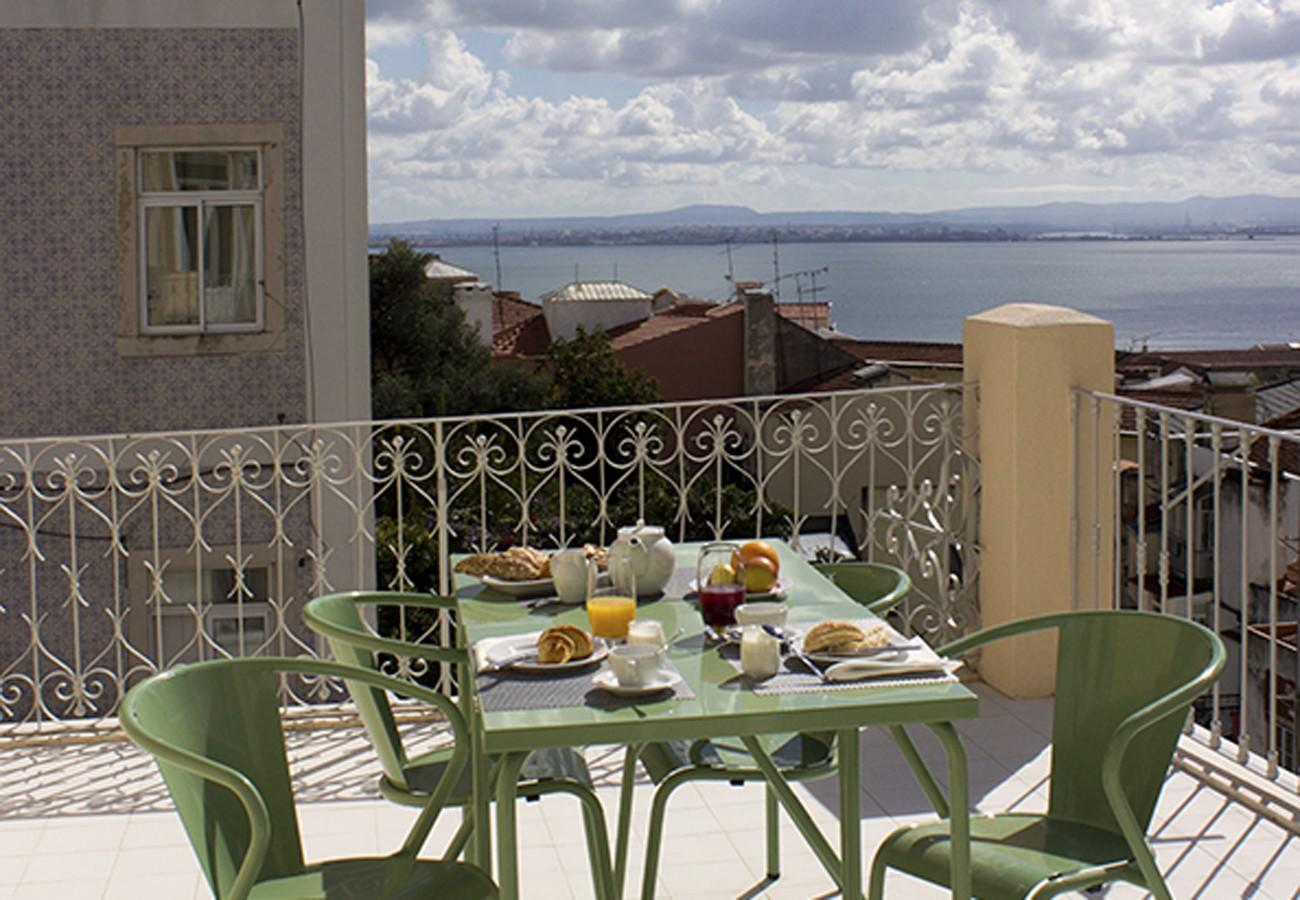 Accommodation with high-speed internet in Lisbon 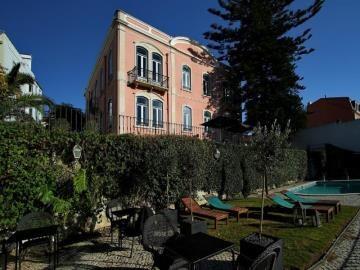 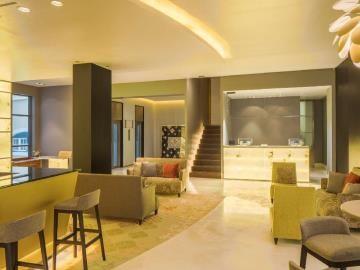 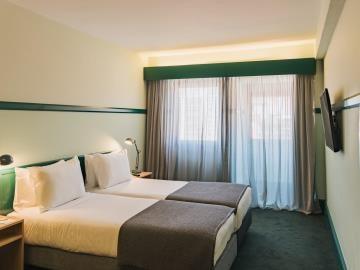 Guide for places to stay in Lisbon

Lisbon is a land of staggering beauty. An unpretentious city that oozes, at once, simplicity and an irresistible charm. Think of pastel-hued houses covered in richly ornate tiles, quaint cobblestoned streets that hide rich intangible culture around every corner, and big-name riverfront historic attractions. Now, add to this an unlimited variety of local eateries and pastry shops where you can try Portugal’s unbeatable food and wine. Sounds like a plan? Then get ready to experience Lisbon at its finest. Of one thing we’re sure: the city will captivate your senses and keep you coming back for more!

Spring is an amazing time to travel to Lisbon. You’ll experience sunny days and brisk air while having the chance to marvel at the local trees covered in a delicate blanket of flowers.

For making the most out of Portugal’s beaches, visit Lisbon during the summer. But beware, as temperatures can reach 40º and be overwhelming for some. Plus, Lisbon’s tourist attractions tend to get packed during that time of year.

Lisbon has one international airport, the Humberto Delgado Airport, which is located only 7 km northeast of the city center. Travelers usually stay in the center of Lisbon and getting it is easy, as the metro is connected to the airport.

Best Things To Do In 24 Hours In Lisbon, Portugal

Tram 28 Tour: Hop aboard the iconic tram 28, and meander your way through some of Lisbon's most dreamy neighborhoods, including Graça, Baixa, the Alfama District, and Estrela. In Alfama, don't forget to hop off the tram and make your move to Castelo de São Jorge (São Jorge Castle), which sits at the top of a hill that was once occupied by Phoenicians, Carthaginians, Romans, and Moors.

Alfama: Experience the whole breadth of Lisbon’s past and history by making your way through the narrow alleys of Alfama district, which is the city’s oldest neighborhood. Attractions include the Santo Antônio Church, the Sé Cathedral, and the São Jorge Castle, which dates back to at least the 8th-century.

Lisbon Baixa: The city’s historic heart and commercial center, which is dotted with neoclassical-style buildings erected after the earthquake of 1755.

Belém: From Praça do Comércio you can easily take the tram and go to Belém, where you'll be welcomed by the city's major architectural jewels: the Belém Tower (Torre de Belém), Jeronimos Monastery (Mosteiro dos Jéronimos), and Padrão dos Descobrimentos tucked away in the northern bank of the Tagus River estuary.

Rossio Square: The liveliest plaza in Lisbon and one of the city's main squares since the Middle Ages.

The Carmo Convent: An archaeological site that evokes the past with its romantic gothic ruins left by the earthquake of 1755.

Best Things To Do In One Week In Lisbon, Portugal

Sintra Day Trip: Escape to the great outdoors by taking a day trip to Sintra. Squeezed in the foothills of a mountain range, the city is rich in lush verdant forests intertwined with fairy-tale-like palaces, flamboyant 19th-century villas, and a hilltop Moorish castle.

Panteão Nacional (Church of Santa Engrácia): A 17th-century monument where Portuguese personalities such as Amália Rodrigues are entombed.

MAAT Museum: Contemporary art aficionados will be delighted with the waterfront MAAT Museum, a sculptural art hub that showcases a plethora of exhibitions and events. From the museum's rooftop, visitors can gaze into a spectacular sunset featuring the Tagus River and the 25 de Abril Bridge.

National Tile Museum: To witness a showcase of carefully crafted Portuguese azulejos in all of their glory, and learn about the history of tile making, visit Museu Nacional do Azulejo (National Tile Museum). There, you'll also be able to spot delicate ceramic, porcelain, and faience art pieces from the 19th to the 20th centuries.

Lisbon Oceanarium: In there, little ones will be able to spot hundreds of species from around the world, including penguins, sand tiger sharks, penguins, rays, sea otters, and seahorses.

Estufa Fria: For more greenery and gardens in the city of the seven hills, take the kids to Estufa Fria (Cold Greenhouse), which flaunts exotic plant species from Brazil, Peru, Australia, Korea, and Mexico.

Popular Saints’ Festivals (June): This annual religious event features larger-than-life parades and crowds of locals and tourists dancing around in the medieval squares and alleyways of Lisbon.

Jardins Abertos (Spring/Fall): During both spring and fall, the gates to some of the most beautiful and never-seen private mansions in Lisbon are opened, and visitors are welcomed into luscious forests of greenery at the city's gardens.

Cervejaria Ramiro: A prime pick for sampling traditional Portuguese seafood dishes is Cervejaria Ramiro, where you can feast on massive plates of giant tiger prawns, lobster, crab, and clams.

Time Out Market: Lisbon's Time Out Market offers a more laidback food experience, and travelers are greeted with an array of stalls where they can try the most varied sample of local dishes: from seafood rice and "Polvo à Lagareiro", to the bit-size and delicious Portuguese croquettes!

Cantinho do Aziz: In there, travelers can sample soulful Mozambican dishes, such as spicy crab curries and prawns with coconut sauce.