Find and book the perfect accommodations in London 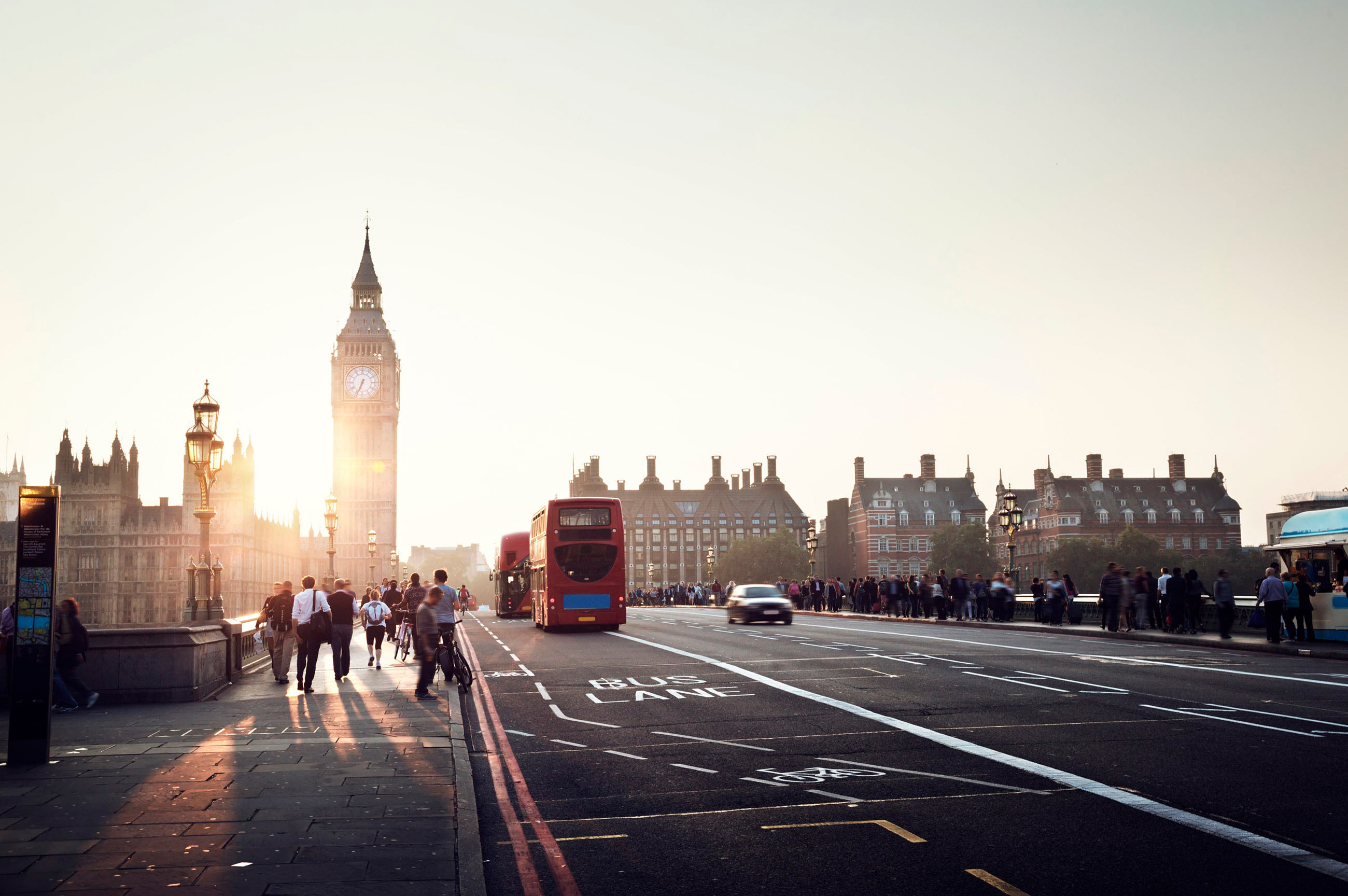 Where to stay in London

Homes that fit the whole gang

Where to stay in London

Hotels with breakfast included in London

The Cadogan, A Belmond Hotel, London

Homes that fit the whole gang in London

Because the more, the merrier 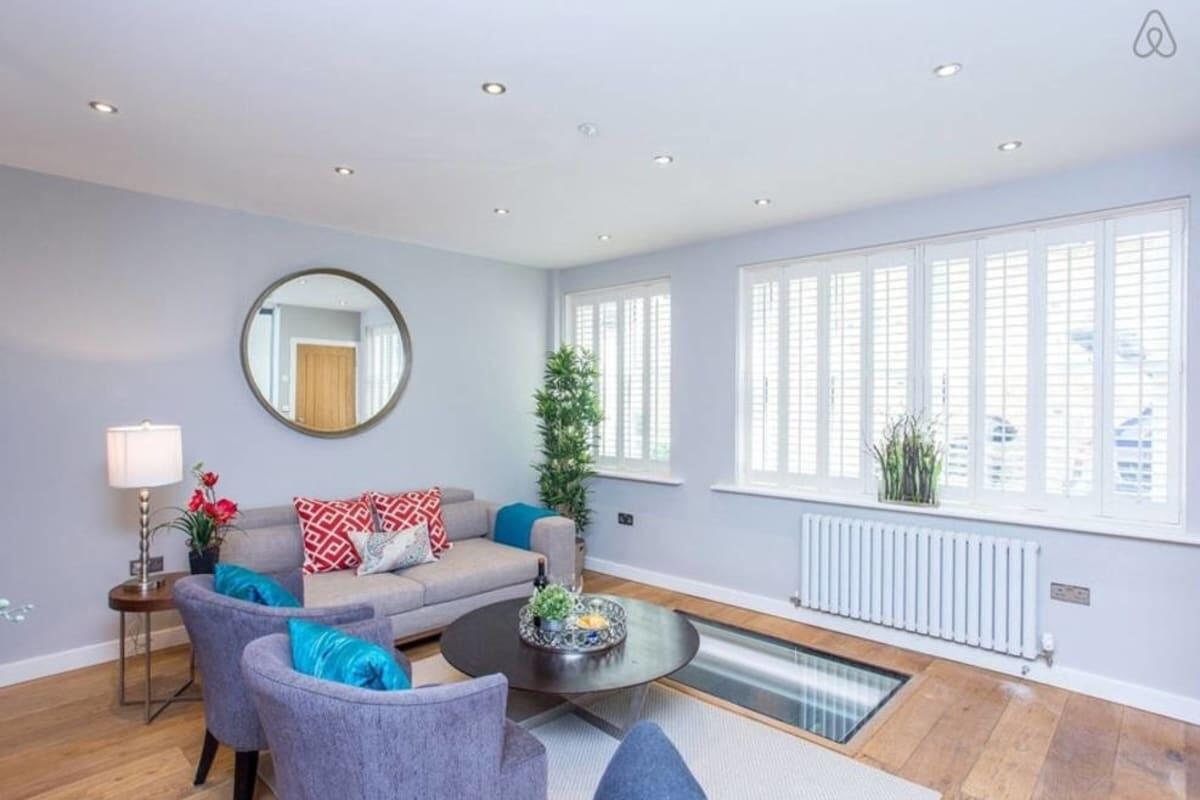 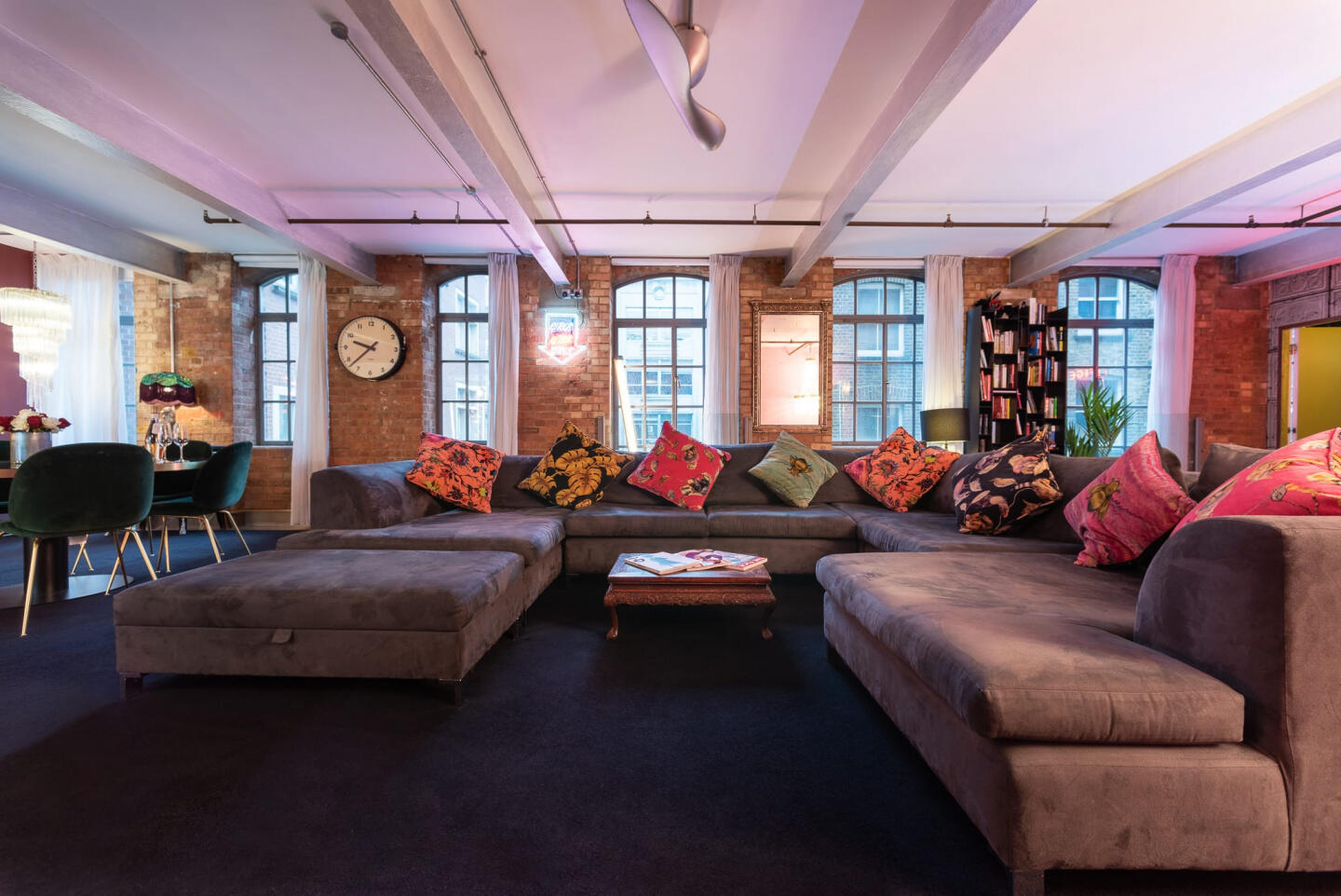 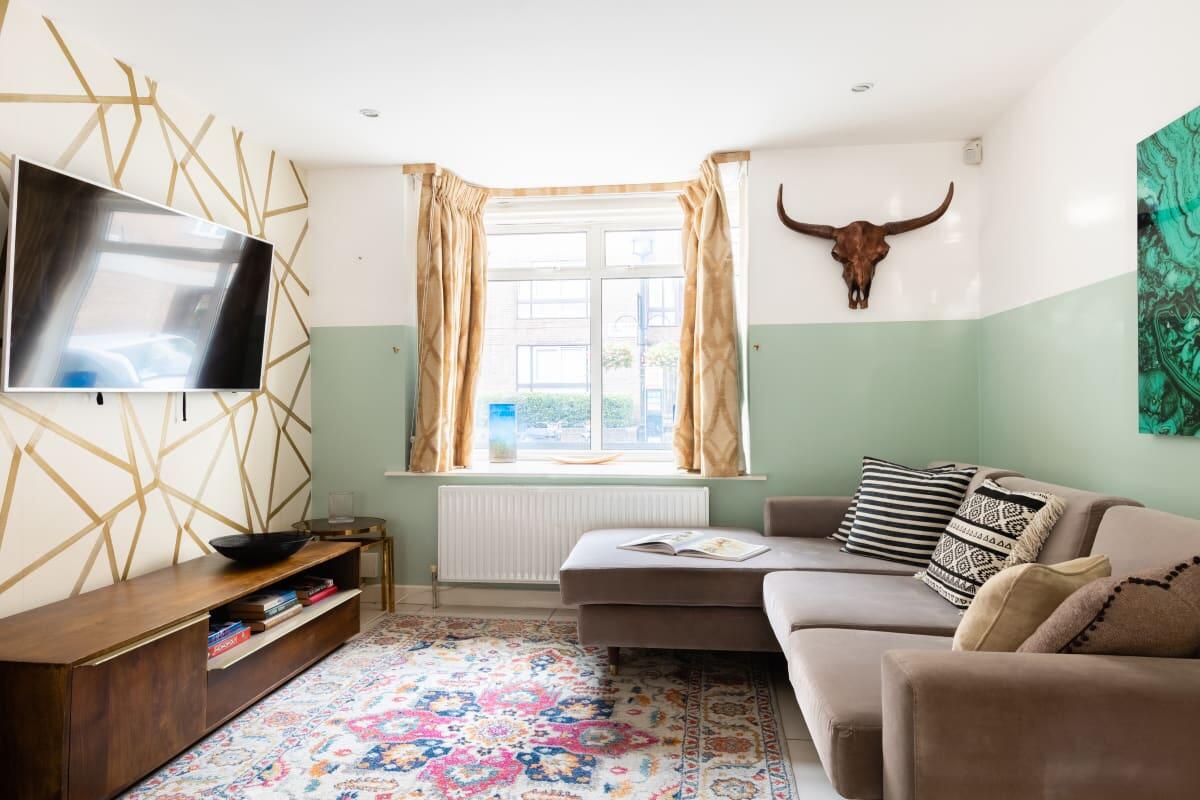 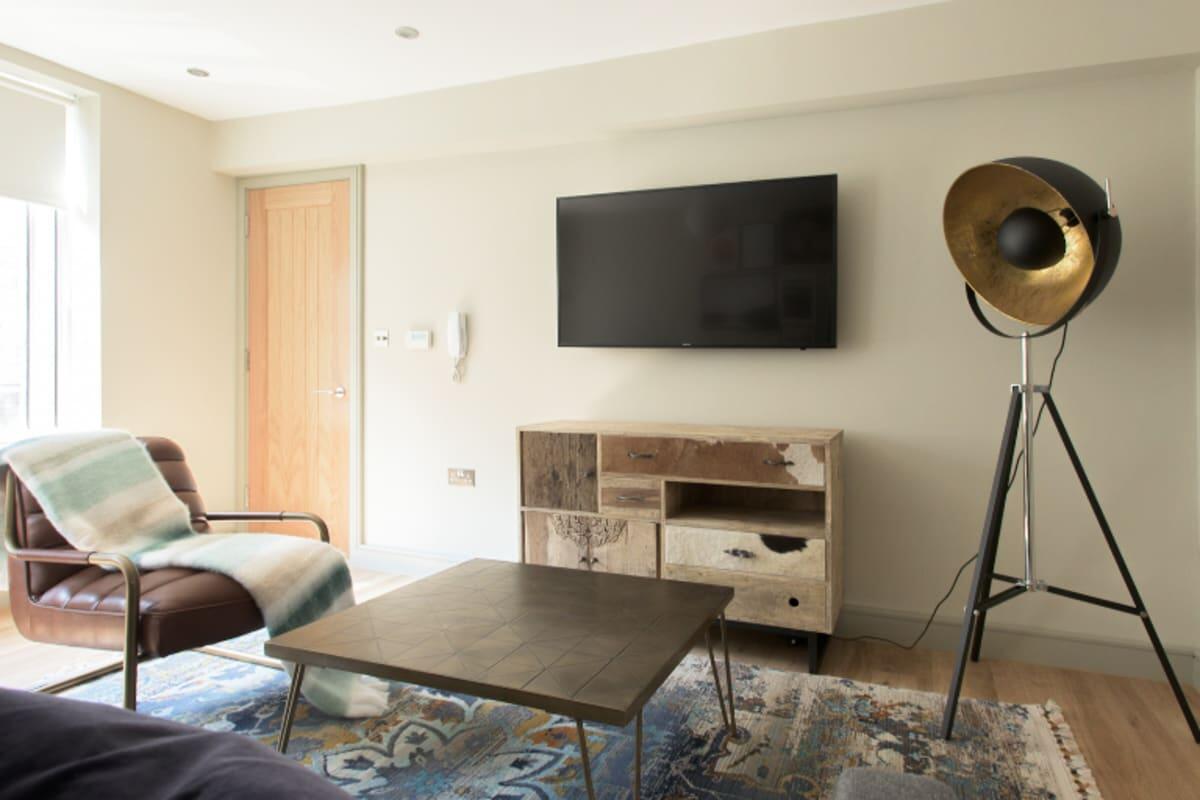 Accommodation with high-speed internet in London 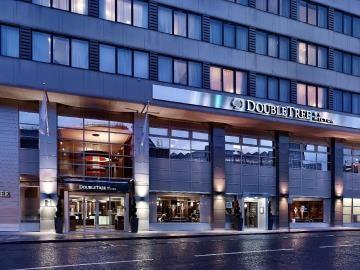 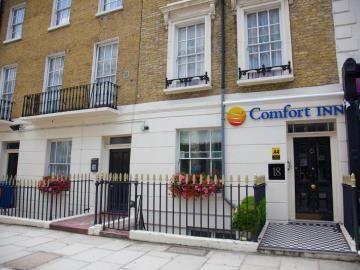 Guide for places to stay in London

It’s almost impossible to get bored in London. A veritable wonderland for the most inquisitive globetrotters, the city displays an array of things to see and do, which could keep them busy for days on end. London has something memorable to offer every type of traveler, from foodies and history buffs to art lovers and culture enthusiasts. Plus, all of these awe-inspiring experiences are framed by a gorgeous landscape dotted with historic buildings that date back 2,000-years ago!

When it comes to the weather, London has quite a controversial reputation. But good news: famous for being constantly rainy and cloudy, the city can also be delightfully unpredictable, and you can be surprised by hours of sunshine after a heavy storm! So no need to despair.

But in case you want to aim for more pleasant weather, try to go to London during spring (March through April). Just don't forget to pack an umbrella, as it may start to "drizzle".

If you’re flying into London, it’s likely that you’ll land in Heathrow International Airport, which serves around 80 airlines and hosts domestic and international flights. To get to London, you just have to take the Heathrow Express, which is the fastest link between the airport and the city center.

Best Things To Do In 24 Hours In London

London Museums: Visit the British Museum, which harbors a glorious permanent collection of some 8 million works; and the National Gallery, an 1824 institution that plays host to over 2,300 paintings dating from the mid-13th century to 1900.

Westminster Abbey: A Gothic-style church that has hosted 16 royal weddings since 1100, and sight-see the Tower Bridge, which magnificently crosses the River Thames.

Big Ben: The 315 feet tall Big Ben is a striking tower that stands majestically at the north end of the Palace of Westminster. Also known as The Great Bell, the clock has been a UNESCO World Heritage Site since 1987, which is a good enough reason for you to visit it!

Tower of London: This 4.9-hectare sublime castle was founded at the end of 1066 and has played an important role in English history, serving as an armory, a treasury, a menagerie, and the home of the Crown Jewels of England. A tour around the castle is guaranteed to make you even more acquainted with British history!

Buckingham Palace: Perfectly placed in the City of Westminster, the palace was built in 1703, and it serves as the London residence and administrative headquarters of the monarch of the United Kingdom. You probably won't be able to see Her Majesty, The Queen in Person, but you can still spot the Changing of the Guard at the palace.

Hop-on-hop-off bus tour: To make the most out of your time in London, go on a bus tour around the city to catch a glimpse of London's most fascinating sights.

London Eye: This 135 meters high giant wheel will take you to see the city’s skyline from up high.

Best Things To Do In One Week In London

Hyde Park: Spreading over 142 hectares, Hyde Park is the largest of the four Royal Parks. A realm of peace and tranquility, the park harbors 4,000 trees, a large lake, a meadow, and ornamental flower gardens.

Notting Hill: After having a heavenly brunch at Granger and Co., go explore Notting Hill on foot. You'll be instantly charmed by this area's streets lined with pastel-hued houses.

Tate Modern Museum: One of the largest museums of modern and contemporary art in the world, which displays works by artists such as Salvador Dalí, Auguste Rodin, Pablo Picasso, and Andy Warhol.

White Cube: a contemporary art gallery that plays host to works by artists like Damien Hirst and Robert Irwin. To dive even deeper into London's cultural ecosystem, go to the Barbican Centre, an astonishing performing arts center that hosts classical and contemporary music concerts, film screenings, theatre, and dance performances, and art exhibitions.

Natural History Museum: There, the little will stand in awe with giant dinosaur replicas, and have an encounter with extinct mammoths, hippos, horses, and giraffes. Craving more wildlife and marine life watching? Say no more! Add trips to the London Zoo and the London Sea Life Aquarium to your itinerary. You won't regret it.

Harry Potter film locations tour: From the Borough Market to the King’s Cross Station and the St Pancras International, this magic tour will immediately transport you to some of the most memorable scenes of the movie.

Peter Harrison Planetarium: a 120-seat digital laser planetarium where you and the kids will be having a glimpse of the wonders of the night sky on a 4,000-pixel strip.

"The Proms": In August, London also hosts, a.k.a "BBC Proms", an eight-week summer event that is filled with daily orchestral classical music concerts.

Battersea Pie Station: This restaurant specializes in the authentic "British pie and mash", an old-fashioned pastry stuffed with meat and veggies.

Berners Tavern: Take your food galore to the next level by going to the Berners Tavern, a Modern British restaurant run by Michelin-starred chef Jason Atherton.

Rules: Don't even think about leaving London without going to Rules, which is the oldest restaurant in the city. Serving authentic British food, Rules is well-known for its classic game cookery, pies, and pudding.

Zuma: A traditional izakaya with a contemporary and sophisticated twist.

Locanda Locatelli: This award-winning restaurant serves an excellent selection of pasta dishes, such as the linguine with cornish lobster & sweet chili, aside from oak-aged wine.

Borough Market: For a more laidback foodie experience, head over to Borough Market, one of the largest and oldest food markets in London.