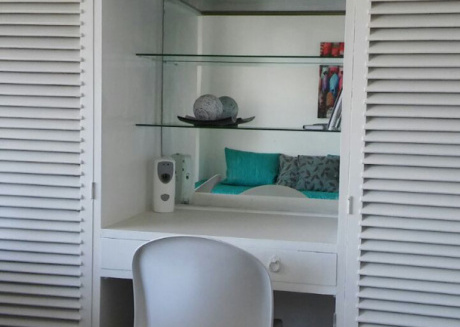 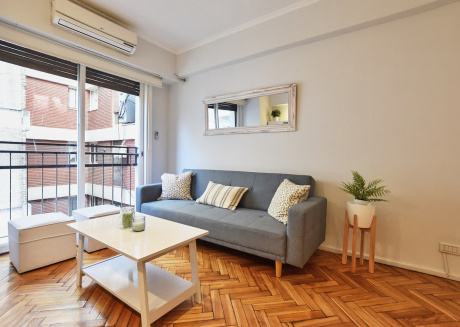 Buenos Aires is the capital and largest city of Argentina. The city is located on the western shore of the estuary of the Río de la Plata, on the South American continent southeastern coast. "Buenos Aires" can be translated as "fair winds" or "good airs", but the former was the meaning intended by the founders in the 16th century, by the use of the original name "Real de Nuestra Señora Santa María del Buen Ayre". The Greater Buenos Aires conurbation, which also includes several Buenos Aires Province districts, constitutes the fourth-most populous metropolitan area in the Americas, with a population of around 15.6 million.

CuddlyNest is giving you the easier way for spending your holidays and vacations. You can easily find the vacation rental with this online platform where you can find the perfect place from the world according to your desire & destination. Enjoy more space and more privacy of an entire vacation home. CuddlyNest has a variety of options are available for tourist, you can feel home everywhere. Here you can find the rental accommodation according to your type, number of bedrooms, homes, condos, villas, cabins & different types of apartments are available. Book your rental online and get the most wonderful adventures of your life.

La Boca is one of the 47 districts of Buenos Aires, located next to the city’s port where Riachuelo river meet Rio de la Plata. It is one of the oldest parts of the city, the place where most of the European immigrants started their life in Argentina.

At the end of the 19th century, the district was heavily inhabited, mostly by people of Italian origins (hence Buenos Aires has a really amazing pizza!) who gave the area unique look and European vibe. The houses of La Boca are cute, colorful and somehow kitschy but that’s what makes the neighborhood one of the biggest attractions of Buenos Aires!

transparent; font-weight: 400; font-style: normal; font-variant: normal; text-decoration: none; vertical-align: baseline; white-space: pre-wrap;">The Plaza de Mayo is a city square and main foundational site of Buenos Aires, Argentina. It was formed in 1884 after the demolition of the Recova building, unifying the city's Plaza Mayor and Plaza de Armas, by that time known as Plaza de la Victoria and Plaza 25 de Mayo respectively. The city centre of Buenos Aires, Plaza de Mayo has been the scene of the most momentous events in Argentine history, as well as the largest popular demonstrations in the country. On the occasion of the one-year anniversary of the May Revolution in 1811, the Pirámide de Mayo was inaugurated in the square's hub, becoming Buenos Aires' first national monument.

This is no ordinary cemetery. It’s a place of rest for the rich, famous, and powerful of Argentina. You’ll find impressive, ornate mausoleums packed tightly in this little corner of the city where you can wander for hours amidst a maze of the family graves. Perhaps the most popular site here is first lady Eva Perón’s tomb, where people still leave flowers and tributes.

After paying your respects to Evita, snapping some haunting photos, and petting a few stray cats, has a peek inside the Basilica de Nuestra Señora del Pilar next door.

The Museum of Fine Arts in Buenos Aires is among the best in the world, with works by South American artists in addition to the big names like Van Gogh, Degas, Monet, and Picasso. And shockingly, it’s free! Make sure to hit up this museum as you stroll through Recoleta as it’s definitely worth a look around. They have got paintings, tapestries, carvings, and rotating temporary exhibits on display.

There are tons of antiques, artwork, knick knacks, and other treasures laid out along the pedestrian street of Defensa. It’s the perfect place to get an original souvenir that dates back to the golden age of Buenos Aires.

Keep an eye on your belongings as you wander the 270 stalls of this local bazaar, purchase some homemade snacks, and watch the street performers do their thing along the 13 cobblestone blocks.

If you feel like getting out of the city for a breath of fresh air, take the train to Tigre to explore the delta for the day. The best day to visit is Sunday when you can check out the city’s Puerto de Frutos, a large market with crafts, foods, and handcrafted furniture. There’s also an artist’s market on the main dock, a park, and a few museums.

It’s easy to take a boat tour, rent a kayak, or grab a ferry to some of the waterfront restaurants and clubs while you’re there.