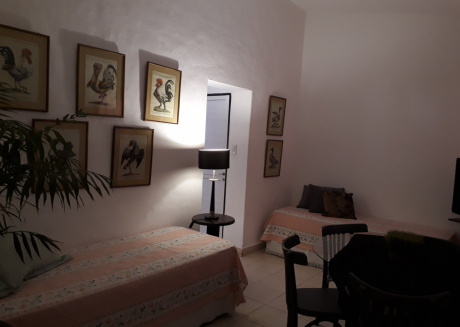 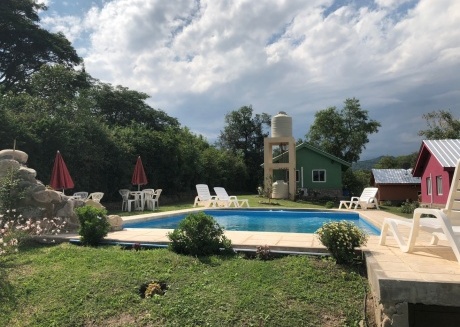 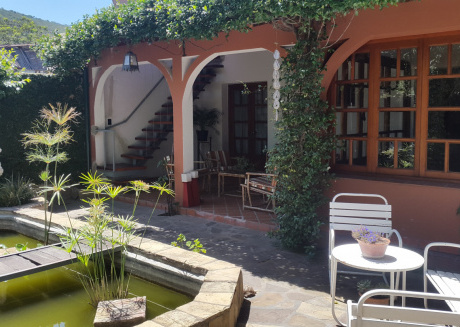 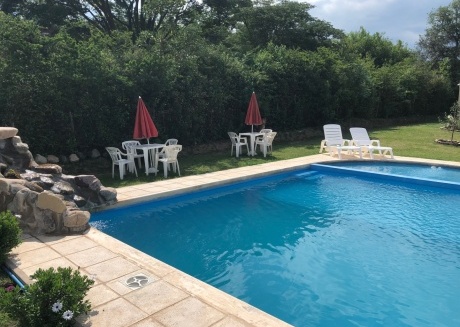 Between high peaks, arid or subtropical valleys, this trip to the northwest is an encounter with the pre-Columbian history of Argentina. In a natural setting of majestic beauty, flourish old colonial villages still intact, which are the scene of popular festivals, rustic pleasures of the table, and local products. The province of Salta, high place of struggle for independence is the starting point of a tour in the north-west.

Are you seeking to go on a trip to Salta Province with your family? It's a picturesque and full of adventures city which offers numerous activities for all age groups. You are going to have the best time of your life there and make some unforgettable memories. In order to make your trip a success ensure that you read this article thoroughly to understand your options for recreations at this stunningly beautiful city. Secondly, you need to book an entire house, apartment, villa, condo, or cabin of 2-7 beds at $60-$81. This arrangement will empower you to enjoy all the best of amenities and facilities during your stay. So, what are you waiting for? Opt for this cost-effective and hassle-free vacation rental service today, and you are all set for the best trip of your like.

Salta is located at 1187 meters above sea level at the foot of the San Bernardo summit. The capital of Salta was founded on April 16, 1582, by Hernando de Lerma. Colonial houses are next to modern buildings. From historic buildings, you will visit the 19th-century cathedral and the Cabildo, home to the picturesque Northern History Museum. You climb to Cerro San Bernardo for a panoramic view of Salta. You will come back by car to discover the neighborhoods of Rio Vaqueros, Quebrada de Castellanos, Lesser, and San Lorenzo. Then you discover the recent and very interesting

You will have to stay several days in the province of Salta and Jujuy to discover its quebradas, its typical villages or its salt desert. Having you have more free time in Salta, and you do not know the best in the city? This article is made for you! Because, although Salta may not be as spectacular as the many expeditions to Cafayate or the Province of Jujuy, Salta remains, however, one of the most interesting and most beautiful cities (its nickname "the Linda" means the beautiful) to visit Argentina. Here is the proof!

Museo Histórico del Norte: If you particularly like museums, you will find your happiness in Salta. This museum is not the best known in the city, but it is well worth a visit if you are interested in the period pre-Hispanic and colonial period. Likewise, this Museo Histórico del Norte is located in the Cabildo (former administrative center of the city). Thus you will find a large number of pottery, funerary urns, coins, furniture, paintings, sacred sculptures and even old vehicles of the nineteenth and twentieth century.

MAAM: If there is a museum to be done in Salta, it's him! This museum traces the way of life, the social organization of the villages, the altitude agriculture as well as the sacrifices of children. One of the attractions of the museum is the presence of 3 mummies of children found at the peak of the Llullaillaco volcano that is at more than 6700 meters altitude!

Pajcha: On the other hand, this museum is specifically interested in Latin American folk art and more specifically in the Andean tribes with their customs and craftsmanship. A very informative set that was created by a passionate anthropologist.

Stroll in the historic center: If there is a city where it is pleasant to walk in its center is Salta. Benches in the shade of palm trees, squares (Plaza 9 de Julio), churches (San Francisco church, among others), shops and alleys of

the city constitute the historic center of Salta. Take your time to admire the Neoclassical-Baroque exterior cathedral and its even richer interior with ornaments and colorful frescoes. Although Salta is a fairly large town, its historic center is relatively small, and everything is easily done on foot.

Hill dominating the city at more than 1454 meters. You can access it with the cable car from the San Martin Park or on foot if you are brave (1070 steps). Allow one hour of walking if you choose to climb.

The most original activities to do in Salta:

Built in the 16th century, it is one of the oldest buildings in Salta. Before being a convent, the place was a hospital. Do not miss the beautiful carob wood door carved by native Indians in 1762

This is the best shop to buy a souvenir of your trip to Salta. You will find all the necessary of the perfect Argentine gaucho with hats, saddles or saddlebags.

Just 12 kilometers from Salta, do not hesitate to make a stop in this town of only 5000 inhabitants for example to contemplate the Quebrada de San Lorenzo. It will be possible to hike inside the nature reserve. Moreover, this city is more and more chosen by the tourists (the population of the city can double in full season).

Discover the sculpted mountain valley of the Quebrada de Humahuaca, a UNESCO World Heritage Gorge, on this day tour from Salta. Traveling on the same route that the Incans once did, you will be amazed by the serrated gorges and the ever-changing colors that are rippling over unusual rock

formations. Stop at indigenous villages that dive into this valley, including Purmamarca, Tilcara, and Humahuaca, and visit adobe churches and ancient ruins. Check out sights in San Salvador de Jujuy before returning to Salta on the scenic and adventurous Route 9.