Vacation rentals in Bosnia and Herzegovina

Find the perfect vacation rentals in Bosnia and Herzegovina

Quick facts about Bosnia and Herzegovina

Popular cities in Bosnia and Herzegovina 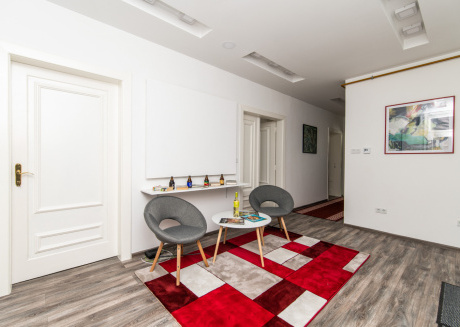 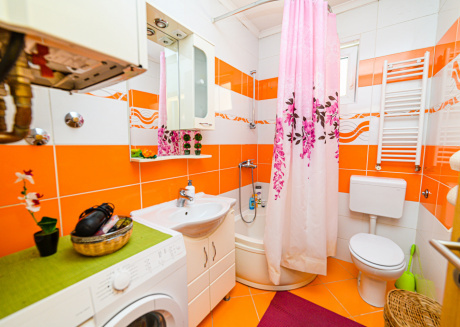 Travel information about Bosnia and Herzegovina

Most of the world knows this country as Bosnia but the official name of Bosnia and Herzegovina. It is situated in the Balkan Peninsula and has a historic capital: Sarajevo. It also happens to be the biggest and most populous city in Bosnia. Most of the borders of this country touch neighbors and there is only a small stretch of coast in the Adriatic Sea where the town of Neum is located that is almost 12miles long. The neighbors of Bosnia include Serbia, Croatia and Montenegro. There is great geographical diversity in the country with majestic mountains, green rolling hills, plains, forests and coastal areas. This region has been inhabited since ancient times as early as the Neolithic Age. After the end of this time, the Illyrians and Celtics created settlements here. As you may have guessed, Bosnia has a long history and has been significant in the politics of this area. However, much of this is tragic with the major cities suffering from attacks and sieges that resulted in millions of lives to be lost. The Banate of Bosnia was founded in the 12th century but it was replaced by the Kingdom of Bosnia just two centuries later that was eventually absorbed into the Ottoman Empire. This region was ruled by the Ottoman Turks till the 19th century and this was the peak of Islam in Bosnia. It brought considerable change to the culture of Bosnia and the social structure changed as well. Then it was annexed by the Austro-Hungarian rulers but when the First World War brought their control to an end. Until the Secind World War began, Bosnia was controlled by the Kingdom of Yugoslavia but ended up being a part of the Socialist Federal Republic of Yugoslavia. Once Yugoslavia was dissolved, the republic became independent but the Bosnian War broke out. This devastating war lasted from 1992 to 1995 and it resulted in the loss of many important historical and religious sites in the main cities of the country. Fortunately, the tourism industry of Bosnia and Herzegovina has always been strong and was a big contributor to the rebuilding of the national economy. This allowed increased development of this sector and rebuilding of the ruined sites that tourists were interested in visiting on their trips. There are also natural treasures in the region as well as winter resorts that people love to visit during the peak seasons. There is a thriving agriculture sector in Bosnia and Herzegovina that has always been significant to the economy.

Vacation rentals in Bosnia and Herzegovina

Owing to the development efforts by the government and the residents, you can find great accommodation in different parts of the country. If you are visiting for the first time, it would be really convenient to see the listings on the website of CuddlyNest. You will be able to find affordable vacation rentals in Bosnia and Herzegovina through our easy search filter.

Tourist attractions in Bosnia and Herzegovina

You will never be out of places to visit in this country because there is just so much to do and experience. There are beautiful forests and beaches where you may indulge in relaxation, hiking, biking, sunbathing and more. You may meet the native animal species living in these parts and see rare flowers indigenous to this land. There are places of worship dating back hundreds of years with glorious architecture. Visit ancient fortresses and royal residences that still retain their old charm.

Simply translated as the Old Bridge, the Stari Most is iconic and stood the test of time. It is the most significant landmark in Mostar and everyone makes sure to visit it if they venture to these parts of Bosnia and Herzegovina. You are recommended to visit the Stari Most when the sun is setting and wait to watch it light up once darkness falls completely. This signature arch was constructed between the years 1557 and 1566 as commissioned by Suleiman the Magnificent. In the Bosnian War, the Stari Most was damaged resulting in rebuilding maintaining the desires of the original architect.

One of the most popular attractions on the TrebiÅ¾at River is the amazing Kravica Waterfall. This natural wonder is nearly 25m high providing a gorgeous view from all sides as the water cascades down into a beautiful green pool. The best time to see this pretty waterfall is spring because the snow in the mountains melts increasing the amount of water flowing down. It is quite cool in these parts so people come here to get rid of the heat of the summer even when the waterfall has a low water level. The Kravica Waterfall is a famous spot for kayaking and it is actually a sightseeing tour on the kayak.

If you are interested in architecture especially that from the Austro-Hungarian period of Bosnia, you must head over to the Sarajevo City Hall, which underwent extensive renovation on both the outside and inside. It was opened to the public again in 2014 and you can take a guided tour by purchasing a ticket. The majority of the damage sustained by the Sarajevo City Hall was inflicted during the Bosnian War. The most popular attraction in this building is the exhibition explaining the history of the capital from 1914 to 2014. Moving on to the 20th century displays, there is plenty to enjoy about culture, fashion and music.

The OstroÅ¾ac Fortress is regarded as one of the most beautiful historical structures in Bosnia and Herzegovina. The vibe of this structure is gothic and mysterious as it rests above the Una Valley on a high point overlooking the landscape around it. It is closed during the snowy season but it usually open the rest of the year. You may call ahead to announce your arrival and have an exciting time exploring the thrilling places inside the OstroÅ¾ac Fortress. There is much to ponder in the buildings’ architecture and sculpture garden.