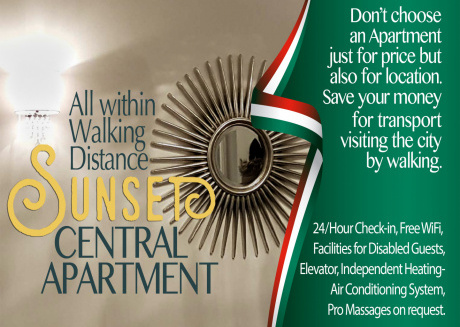 Hungary is a country in Central Europe. Its capital is the beautiful Budapest, which is divided by the Danube River. With its rich history and gorgeous natural and man-made attractions, Hungary is a country for all sorts of tourists ranging from the casual visitors to hiking enthusiasts. Cities and towns of all sizes feature well-preserved architecture, many of which are filled with influences from cultures such as Turkey and Italian Renaissance artists. If you are hungry for an active vacation, Hungary's countryside is home to some of the most beautiful caves, hills and conveniently marked trails for trekking, cycling, and other outdoor activities in Eastern Europe. Wherever you stop in Hungary, you will see mighty mountains, lush valleys and lakes, all marked by the river Danube passing through the country. It truly is a gem for visitors.

The iconic Danube River flows through Hungary from north to south. Great places to view this majestic river are at the Danube Bend, one of the country's most well-known recreational spots, where the river makes its way through the heavily wooded Visegrád Mountains before turning sharply south, known as the river's "knee", towards Budapest. The area is popular with hikers and nature-lovers and is included in the many excellent river cruises that travel the Danube from as far as neighboring Austria. The Danube Cycle Path is a popular among active travelers and follows the river through the hills between Budapest and Vienna, passing Esztergom, the Roman fort of Kelemantia, and old Hungarian villages like Szigetmonostor. There are also tours such as the Danube Bend Day Trip that starts with a picturesque drive and returns to the city by boat.

If you are in the mood for a vacation that mixes a laid-back setting with an immersive cultural experience, Hungary is the place to be. There are many significant spa towns and conveniences during the course of the country providing everything from simple dips in renewing waters to longer stops in exquisite spa resorts. Hungary developed a reputation for its hot springs and baths more than 2000 years ago thanks the Romans, who highly valued the healing powers of thermal waters. In the 16th century, it was the Turks who constructed the many Turkish Baths that are still in use today. More than a thousand springs are the source of these medicinal and thermal waters in the natural and medical spas. One of the most popular is the Lake Hévíz, which with its yearly water temperature averaging 25°C is the largest biologically active thermal lake in Europe..

One of the many popular spas in Hungary, Lillafüred is set in the Bükk Mountains, and it is also famous for its many impressive caves, which are located within walking distance of the town.

Some of the most exciting to explore are the István Cave with its strange stalactite formations, and the Petofi Cave, known all the world over for the imprints of extinct plant species left behind in the limestone walls. For a more challenging hike, you can follow the trail to the Szeleta Cave full of remnants from the Ice Age such as expertly made spears and arrows.

Hungary is home to many enchanting and historical castles, palaces, and forts, each with its own aura of ancient mystery. Eger Castle is one of the best-known castles, and is located in the pretty spa town of Eger on the southern hills of the Bükk Mountains. Eger Castle was once the defense for the gateway into northern Hungary. Expanded in the 16th century, the new design was inspired by contemporary Italian fortresses of that time, and was extended again after the Turks occupied it in 1596. In the present day, visitors can discover the surviving towers standing high above the town, along with many relics, all of them providing a sense of the size and power of this once great fortress. It also serves as a fitting place from which you can go out and sightsee the old Baroque and medieval architecture downtown, with its first-rate restaurants and cafés.

The Aggtelek caves and park will amaze you with their beauty, and serve as an attraction to caving and hiking enthusiasts. Baradla Cave is a protected site located within Aggtelek National Park, a UNESCO World Heritage Site, on the Slovak-Hungarian border – nearly three hours by car from Budapest. It is one of the biggest and most extraordinary stalactite caves among Europe and also the largest in Hungary. The park encompasses almost 200 square kilometers while the Baradla Cave extends for more than 25 kilometers, with a seven-kilometer long main tunnel. Its passages were shaped over thousands of years of history as rain and water from melting snow worked away the limestone. The mineral-rich water drips down, which has formed massive fantastically shaped stalagmites and stalactites in unusual colors. Diggings carried out here have revealed that the cave was utilized as a shelter for humans for over 7000 years. Besides the Baradla Cave, three other caves have also been opened for the public, namely the Imre Vass Cave, the Rákóczi Cave, and the Béke Cave. Hikers and walkers from all over Europe visit the park, who trek its well-marked network of trails. For the more casual tourist, there are guided tours of the caves along with tours centered around zoology, ecology, and botany. There are also guided walks to explore the natural and cultural surroundings of the village of Jósvafő, where there are festivals held to celebrate the harvest and religious holidays.

With its magnificent architecture, captivating folk art, and the lure of relaxing thermal spas, Hungary offers the best of the old and new for the modern tourist. Visit CuddlyNest to find the best accommodation for rent during your stay. Our selection of properties ranges from rooms and apartments to villas. With CuddlyNest, you will feel at home wherever you go!