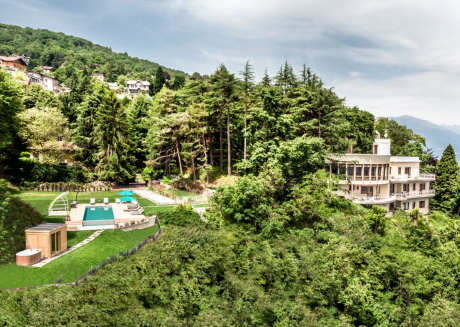 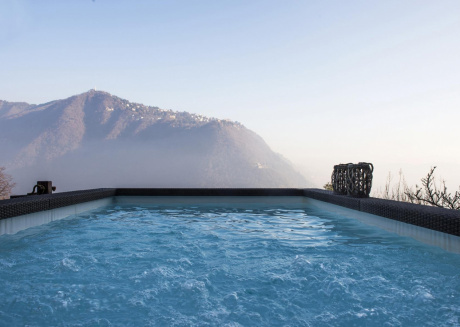 Lombardy is a region in Northern Italy, which is known for Milan, its capital, an international center of fashion and finance with its many shops and restaurants. The region is known for its beautiful scenery and culture, attracting tourists from all over the world. The name of Lombardy is possibly derived from “Lombard”. This in turn originates from Late Latin words “Longobardus”, from the Proto-Germanic terms  of langaz and bardaz, whose meaning is equivalent to “long beard”. All through the early Middle Ages "Lombardy" was in fact a reference to the Kingdom of the Lombards (“Regnum Langobardorum” in Latin). This was a kingdom ruled by the Germanic Lombards that controlled much of Italy after invading Byzantine Italy in 568. Lombardy’s Gothic-style Duomo di Milano cathedral and Santa Maria delle Grazie convent are famous for housing “The Last Supper”, a painting by Leonardo da Vinci that is a testament to a history of art and culture. Lombardy is also well known for its Lake Como in the north of Milan, which is an upscale alpine resort. Lombardy is home to some of the major Italian lakes, such as Lake Garda, Lake Como, Lake Maggiore and Lake Iseo and is as such often considered the Italian Lake District. Here you can have a holiday on a lake away from the crowded seaside of Italy, surrounded by stunning landscapes that offer trekking and watersports, and let the calm take away your troubles.

The Vertemate Franchi Palace is set in Prosto di Piuro, just to the outside of Chiavenna. The palace was cosntructed in the course of the second half of the 16th century by Guglielmo and Luigi Vertemate Franchi, two brothers who came from a very affluent family. When you tour the interior, you can learn more of their aristocratic lifestyle. Some of their known idiosyncrasies include having a private chapel of their own so they wouldn’t have to pray alongside ‘commoners’; rooms with spying compartments so the family could absorb any gossip about them, and a private vineyard inside the palace walls.

Italy is well-known for its delicious foods, and Lombardy is no exception. Here, you should try Risotto alla Milanese, a rice dish with saffron, cheese and butter, which makes for a very flavorful dish. Meat lovers will appreciate bresaola, an air-dried and aged meat with a dark red color and should definitely stop at Chiavenna for the Bresaola Festival. For dessert, go for the Stracciatella, an ice-cream flavor from Bergamo with a milk-base and thin chocolate shavings mixed into it. La Marianna is where Enrico Panattoni created this flavor in 1962, and it still serves Stracciatella ice cream in the present day. Sweet lovers will also find the polenta e osei delightful. It is consists of a sponge cake with chocolate, hazelnut creams and rum, topped with little edible birds of marzipan covered with chocolate. The name means ‘polenta with bird’. Besides these, there are more foods to try out and many places to stop at – so you will have an interesting culinary experience throughout your holiday!

The Duomo is a Gothic cathedral that is listed as the 5th-largest church in the world. Due to its size, it took nearly six centuries to complete it. Candoglia marble covers the exterior and gives it its pinkish off-white color, and it is one of the most recognized landmarks in all of Milan and Lombardy. What makes a visit to this cathedral different is that you can go up to the roof terrace, that makes for great panoramic views of the city and some really unique shots to take home with you.

Malpaga Castle is located in Cavernago. It was once the home of a mercenary soldier named Bartolomeo Colleoni, who amassed great wealth and power by fighting other people’s battles. It was bought in 1456 by Colleoni, who was originally from Bergamo and decided to make this castle his private residence. In the Renaissance period the castle underwent some changes. Externally, the castle has a large garden home to a number of ancient trees. The city walls have corner towers that probably offered an excellent view during the fighting. It is possible that there are underground tunnels connecting the Castle with other houses in neighboring countries. Today, you can don period costumes and stroll the corridors of the castle for an authentic experience as you learn about its history – truly a unique experience.

Lake Como is one of the most scenic destinations in Lombardy. Along the waterfront, the lake is scattered here and there with a couple of villages. Truly bringing the scenery together are the Rhaetian Alps looming in the background. Lake Como has been a popular retreat since Roman times, and it is easy to see why as it is simply beautiful. Lake Como is also the setting for the annual Giro di Lombardia (Tour of Lombardy), the Classic cycling race. There are also many farms in the area around Lake Como from where visitors can easily purchase goods such as olive oil, cheese, honey, fresh milk, eggs and more.

If you are anything like the average person, you would rather eat tasty Italian dishes than cook them! However, why not take the chance to learn to make them from scratch by taking a cooking course so you can enjoy them at home as well? If you visit Cavernago and stop at the Malpaga Castle, you can take out the time to go through a cooking course and learn how to create dishes such as pumpkin ravioli, bruschette, beef tartare, etc. along with desserts like tiramisu.

Lombardo is steeped in history and culture, and there is much to do and see here even for the toughest critics. So visit CuddlyNest and choose the ideal vacation rental for your vacation from among a selection of the best properties!