Temperatures in Palermo throughout the year 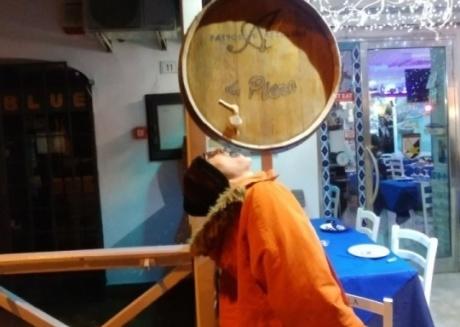 In the south of Italy lies the lovely city of Palermo which is the official capital of the Sicily region. It possesses a wealth of history and culture that has contributed significantly to the evolution of the country. You can guess its importance by the fact that Palmero is nearly 2700years old. The island of Sicily, where the city is situated, is beside the Gulf of Palmero that is located in the Tyrrhenian Sea. The earliest recorded name of the city was Ziz as the Phoenicians settled here in 734BC. It later fell into the hands of Carthage and then the Romans who called it Panormus. After that, the Arabs ruled Palmero from 831 to 1072. As part of the Holy Roman Empire, it became the capital of the Kingdom of Sicily.

The best way to plan your trip to the city is to book your vacation rental in Palmero before time. This allows you to pick the most suitable accommodation before it gets taken by another party since this is such a popular tourist destination. Rest assured, your family can enjoy modern amenities such as air conditioning and there are several child-friendly vacation rentals in Palmero as well. You often get a fully furnished space with a complete set of home appliances including TV, washing machine, etc.

Whether you are in town for shopping, food or exploring culture and history, the city does not disappoint with its amazing variety of tourist hotspots. Check out the nightlife with the range of clubs and bars to dance the night away. Step into the magnificent old churches or buy a ticket for one of the awesome shows the local artists organize in the city.

The Church of Casa Professa

As you must be aware by now, Catholicism is very prominent in the culture of Palmero. Of course, having the Vatican in the same country has its impact on the local population. This gave rise to a number of beautiful churches such as the Church of Casa Professa. A masterpiece of Sicilian baroque, this church is undoubtedly a true architectural marvel that will stun those who appreciate Italian art. It is a grand church much like others in the country with extravagant ornamentation. The Church of Casa Professa is located right next to the Jesuit mother house which the locals call Casa Professa. In the year 1636, this church was officially consecrated. One of the highlights is the statue, Our Lady of the Groto which dates back to the 18th century. Vito D’Anna and Procopio Serpotta are among the artists who worked for this church.

Close to Palmero’s harbor lies a true gem of Sicilian art which must not be missed if you are interested in the local tile designs which have become a symbol of Italian architecture. If you visit the Kalsa area, you will find a number of apartments that have been combined to create the Le Stanze al Genio Museum. Although majolica originated in the Middle East, this trend was swept across Italy in 13th century through the Isle of Majorca. At this incredible house museum you will get to see around 4000 majolica tiles in various bright colors and intriguing patterns. These stunning items were crafted from the 16th to the 20th century in Naples and Sicily. In order to protect this precious piece of history and culture, Pio Mellina decided to begin the Stanze al Genio Cultural Association in 2008.

Of course, you cannot leave Palmero without visiting Mondello Beach. The golden sand is clean and welcoming against the stunning blue waves. These waves are not that strong so this is the perfect place for families with small children to play in the water. It is a pretty long walk along the beach so you can get some exercise during your stay in the city. Here and there you will find luxurious villas that add to the grandeur of Mondello Beach. The lovely promenade is lined with pine and palm trees so you ay relax in the shade after swimming. La Piazza is a nearby fishing village that has fresh catch for delicious seafood recipes you may taste at the restaurants. There are a couple of cafés there as well so you may get energized.

Palmero will never stop surprising with you with its cultural delights such as the Puppet Theatre which is a UNESCO Heritage site. Among the puppeteers in Sicily, the Museo Internazionale delle Marionette Antonio Pasqualino are the most popular for their individuality. Get tickets to of these unforgettable shows that based their stories on local folklore and the history of Palmero. So you can learn more about the region while having lots of fun. Since the auditorium is relatively small, it is an up close and personal experience that allows you to get fully immersed in the skillful storytelling of the puppeteers. This is the ideal activity for people of all ages to enjoy in Palmero. Make sure to book your tickets in advance so that you don’t miss the enchanting show.

Gruesome yet fascinating, the sacred Capuchin Catacombs of Palmero is not a suitable place for children or adults who may get easily disturbed by macabre displays of death. The sheer number of preserved bodies resting in this place is enough to amaze anyone. There are 8000 mummies of the privileged starting from the 1500s to the end of the 19th century. These include bodies of all ages and genders inside what was originally the Convent of the Capuchin. If you are not bothered by the nature of this tourist attraction, you will have the opportunity to learn more about the culture and traditions of this region. They are closely packed with no descriptions as such and have been divided by social status. Fortunately, the ticket is not expensive but you are not allowed to take pictures inside.