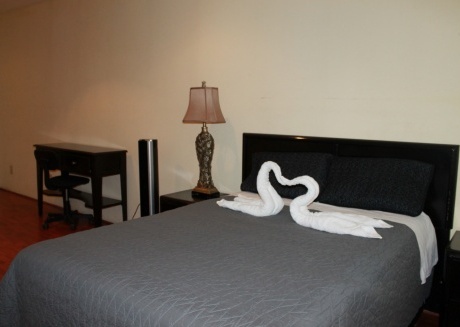 Accessible, comfortable and safe for adults and...
VILLA
8 guests
6 beds
Bathroom
from $93 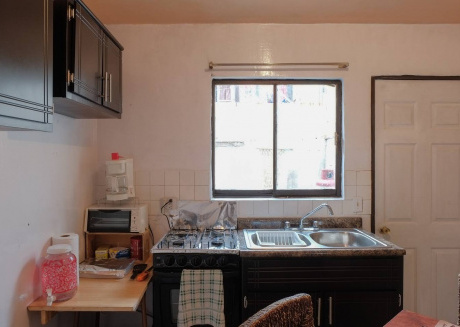 Baja California Sur, estado (state), northwestern Mexico, occupying the southern half of the Baja California peninsula. It is bounded to the north by the state of Baja California, to the east by the Gulf of California (also called Sea of Cortez), and to the west and south by the Pacific Ocean. Its capital city, La Paz, lies in a sheltered bay on the peninsula’s eastern coast.

The state has shared much of its history with the rest of the peninsula, which remained in Spanish possession until 1822, the year after Mexico gained its independence. In 1830 La Paz was named the capital of Baja California. In 1887 the peninsula was divided into two federal districts.

Baja California Sur is the paradise for sports lovers and the wild life, its climate is an earthly paradise for surfers and allows games of golf all year round, boat trips to the island Espiritu Santo for whale watching and swimming with sea lions. Its pristine beaches are excellent for water sports and also in Cabo Plumo, you can go diving in coral reefs.

Accommodation possibilities in Baja California Sur are numerous including apartments, rooms, villas and vacation houses is giving you CuddlyNest. It has wide range of well-maintained accommodations to select from depending on your need. Enjoy the most healthy & comfortable vacation experience you have ever imagined with us. And there is nothing to worry about when you book with us.

Baja California Sur destinations are growing in popularity as travelers look for places to spend time in the sun. And with good reason! This is a place where deserts meet the sky as the ocean kisses the night on a full moon. If you’ve never been, I’m here to tell you that you are missing out! I was lucky enough to visit for the first time in 2017 before we moved to Tennessee, and I completely fell in love with the area!   The Pacific Ocean and Sea of Cortez meet at the tip of the Baja California peninsula, creating worlds that are both vastly different and yet very similar to each other. On the Pacific side, the waves are large and powerful with stronger winds. As you make your way further north along the Pacific side of the peninsula, the climate and beaches are very different than the Sea of Cortez side. In Pescadero and Todos Santos you’ll find dark, fine sand with deep blue water but on the other side, you’ll find coarser sand beaches with lighter blue hues. Los Cabos has become well known as more travelers make their way down the peninsula for their family vacations, honeymoons, and getaways. If you’re planning on visiting, here is some information about each area that will give you a better idea of how to plan your visit!

Just a few minutes from La Paz, Baja California Sur, Mexico, is a unique beach renowned for its beauty. It is called Balandra, and it’s a popular choice among locals and tourists who come to enjoy its stunning scenery. Balandra is a coastal bay formed by a spectacular, healthy mangrove forest and beautiful sandy beaches. It is located within one of La Paz’ major water basins, and features a mushroom-shaped formation which is an icon of the city. It is located just 25 km from La Paz, so the distance is no excuse to miss this beach during your next vacation. Many refer to it as a “natural lagoon” due its small waves and shallow depth. You can easily walk several meters into the water, as it barely reaches 1.20 meters in depth!

Once you've started to enjoy the beautiful scenery of the desert, driving along roads full of valleys, cacti and mountains, crossing dry riverbeds, with the shiny sunlight, turquoise skies and dust and wind, you start to feel a growing urge to finally arrive at the impressive goal of this journey Cabo Pulmo, located 60 miles NE of Los Cabos.

Cabo Pulmo Marine Park's 7,111 hectares of land and water around Cabo Pulmo is a protected natural area under the category of National Marine Park, since June 15, 1995 and since June 7th 2000 as a National Park and is the site of the only surviving coral reef that exists in the Gulf of California. It is a year-round paradise for both divers and snorkelers, with excellent visibility and temperate water this insures that divers will be able to catch sight of multicolored fish, deep-sea species and mammals that inhabit the Sea of Cortez including whale sharks, hammerhead sharks, dolphins, manta rays, tortoises, humpback whales and all of the species of fish so avidly sought by sportfishermen.

The Arch of Cabo San Lucas

A graceful natural rock formation stands astride the point where the Gulf of California meets the Pacific Ocean.

Baja California is the second-longest peninsula in the world and helps form the Gulf of California, one of the most biologically diverse seas on the planet. And they both terminate in the picturesque Arch of Cabo San Lucas.

Hugged by the Playa del Amor on the gulf side and the Playa del Divorcio on the ocean side, the limestone arch known locally, and appropriately, as El Arco was carved over millennia by the same winds and potent tidal forces that make swimming on the latter a potentially lethal and thus decidedly ill-advised proposition. The arch provides an attractive photo destination for visitors to nearby Cabo San Lucas. It also serves as a popular hangout for sea lions, who congregated at the spot long before Cabo became a whole thing.