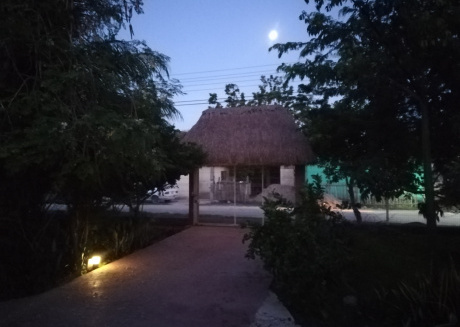 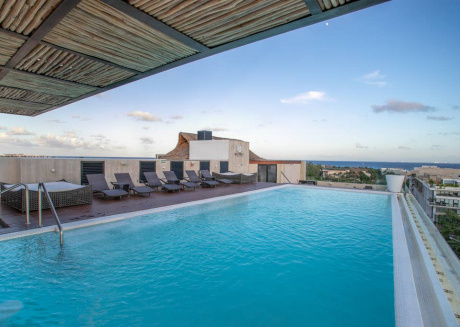 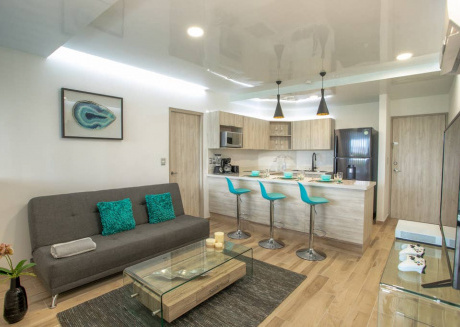 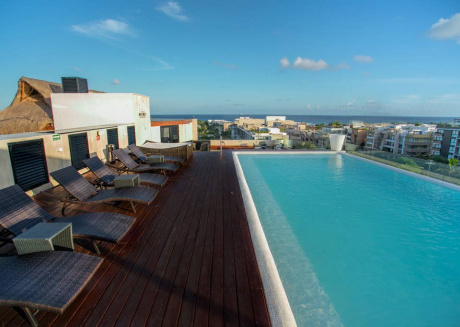 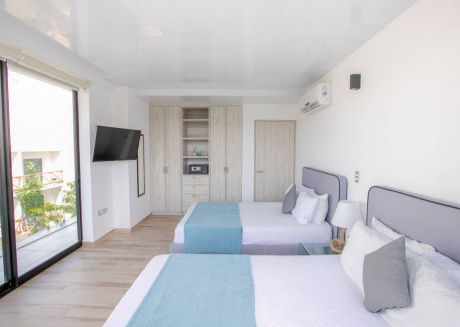 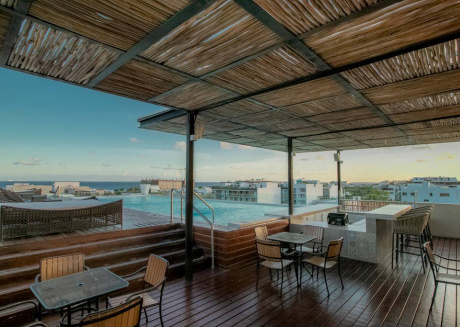 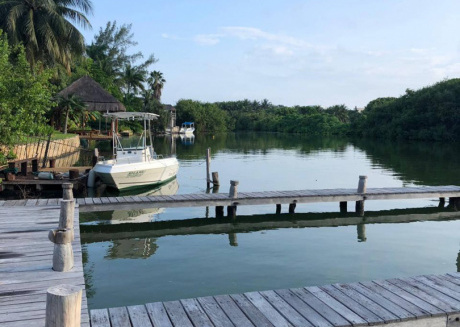 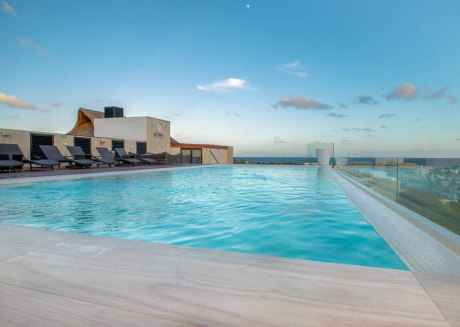 Quintana Roo is positioned on the eastern part of the Yucatán Peninsula. As Mexico's easternmost state, Quintana Roo is connected to the Carribean Sea and the Gulf of Mexico via its coastline. The Yucatan peninsula is a flat territory formed by a meteorite, with many subterranean rivers. Quintana Roo is the home of Cancún, the islands of Cozumel and Isla Mujeres, and the towns of Playa del Carmen, Akumal, and Bacalar, and many ancient Maya ruins and natural reserves. The independent Maya nation of Chan Santa Cruz was made on what is at present the town of Felipe Carrillo Puerto. For decades, the region maintained substantial independence, having distinct trade and treaty dealings with British Honduras – now Belize. Quintana Roo eventually became a territory of Mexico by decree of President Porfirio Díaz on November 24, 1902. The present-day Quintana Roo is an idyllic getaway that offers much to all sorts of travelers, ranging from offering luxurious experiences to simple stays close to nature.

One hour away from Cancun you will find Playa del Carmen. This city is located on the site where the ancient town of Xaman Ha used to be. It is the most popular thoroughfare and here you can browse around a variety of shops and taste delicious local cuisine at the many restaurants, cafés and bars. Most activities are centered around Playa del Carmen's well-known beaches, a few of which are located just a short distance away from La Quinta Avenida, the main road. At the nearby marina, you can boo either a fishing boat or a diving boat and explore the Caribbean Sea and the coastline. If you want a bit of liveliness, Playa del Carmen is also a notable hotspot for a vibrant nightlife, and hosts the Riviera Maya Jazz Festival.

The Arrecifes de Cozumel National Park is located right off the coast of the island of Cozumel in Quintana Roo. The Cozumel reef system represents a portion of the Mesoamerican Barrier Reef System. This is the second largest system of coral reefs in the world. Even though coral reefs surround almost the entire island of Cozumel, the park only incorporates the reefs on the southern flank of the island. Under the command of president Ernesto Zedillo Ponce de León, Arrecifes de Cozumel was affirmed to be a National Marine Park on July 19, 1996. The large park covers about 120 square kilometers. Cozumel is home to several species, such as the Cozumel Splendid toadfish that is recorded as vulnerable by IUCN and is endemic to the reefs that surround the island. The park also has several other species that are in some point of legal protection, together with sea turtles like the Loggerhead Sea Turtle, the Hawksbill turtle, and Green turtle, as well as the black coral and the Queen Conch.

Chacchoben, which means "the place of red corn" in the Mayan tongue is a Mayan ruin approximately 177 kilometer south of Tulum and about 11 kilometers from the village after which it was named. It is estimated that the Maya settled at the site around 200 BC, and the constructions date back from 700 AD. Large temples and immense platform groups characterize it. The Mexican National Institute of Anthropology and History (INAH) unearthed and restored the site in 1994, which until 2002 was closed to the public. Visitors to the site at present day can walk a circular path that cover three dug up and renovated pyramids, and view the many walls and staircases. Excavation still continues to be carried out on numerous mounds, which are recognized to hold more ancient buildings. Some structures still display hints of the red paint that once originally coated them, and the surviving pigments are further protected from degradation by the sun as the INAH has set up shaded areas. Notable objects include a large stone slab termed a stela with a Mayan hieroglyphic inscription at the base of the largest pyramid. Chacchoben is one of the more popularly visited excavation sites in the south of Quintana Roo. It can be easily reached from the port of Costa Maya and regular tourist trips are offered as well. To add to the thrills, the nearby jungle is home to deer, armadillo, spider monkeys, and howler monkeys along with jungle cats like jaguars, ocelots, and pumas.

Dos Ojos meaning "two eyes" in Spanish is a part of a submerged cave system situated north of Tulum. The name Dos Ojos is derived from the presence of two close cenotes that connect into an immense cavern zone joined between the two. These two cenotes give the impression of two large eyes set into the underground. The Dos Ojos Cenotes are popular among tourists for snorkeling and cavern diving, with typically a hundred or more tourists visiting each day. The most common cavern dives are set at 5–7 meters, or at a depth of 16–23 feet. Most conducted cavern dives consist of two dives in a single day, each stretching over 45 minutes along with a surface interval of an hour. It is possible to pass through underwater into another neighboring cenote named the "Bat Cave", which is also good for snorkeling. The water offers excellent visibility and is usually limited by the availability of light rather than the clarity of the water. Visitors will enjoy the experience and admire the underwater cavern, which is home to several varieties of fish and at least two species of freshwater shrimp.

Quintana Roo features idyllic landscapes, all kinds of fun activities, delicious cuisine and Mayan monuments unmatched in their beauty. To make the most of your stay there, book the perfect vacation rental with CuddlyNest. Choose from a large selection of apartments and luxurious villas, and pick your favorite facilities to go along – with CuddlyNest, your vacation will be even more memorable for sure!