Temperatures in Ambleside throughout the year 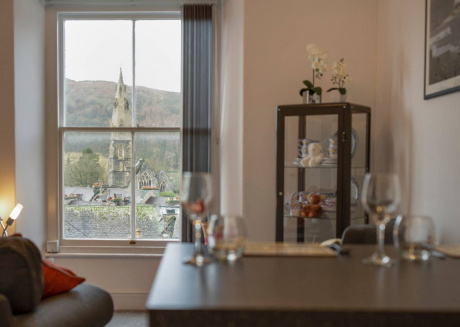 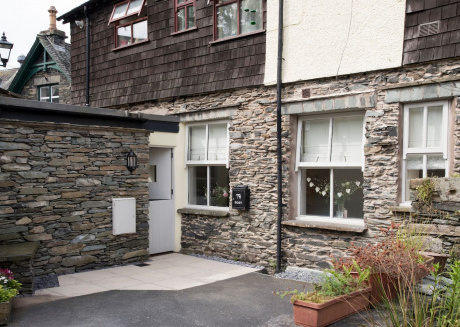 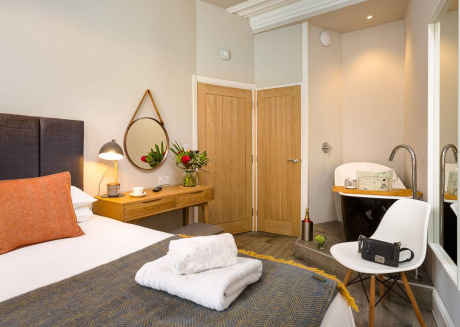 Ambleside is a pretty little town in Cumbria, located in the northwest of England. In history it was a part of Westmorland, and it is positioned at the head of Windermere, which is England's largest natural lake. The town is within the famous Lake District National Park. Fittingly, the name Ambleside has originated from the Old Norse words "Á-mel-sÇ½tr" which plainly translates to "river, sandbank, summer pasture", indicative of its location. To the south of Ambleside you will find the Roman fort of Galava, dating back to 79 AD. In 1650, the town was approved with a charter to hold a market. During the rule of James II, one more charter was granted for the town so that it could collect tolls. The town's Market Place grew into a commercial center for farming and the wool trade. The long-standing packhorse trail in between Grasmere and Ambleside was the main route leading back and forth between the two towns. Later, a newer turnpike road was finished in 1770. Smithy Brow was located at the end of the trail and here pack ponies were re-shod after their trips. With the approaching of the turnpikes, the packhorse trains were succeeded by horse-drawn stagecoaches that regularly journeyed between Kendal and Keswick through Ambleside. In the present day District, ferries previously run on steam engines and now powered by diesel provide a link to Bowness-on-Windermere and Lakeside giving lovely views of the lake and the mountains around it. Ambleside is wonderful for outdoor activities such as hiking, cycling and mountaineering, with many places for accommodation along with shops, pubs and restaurants. There are also a number of shops marketing gear for walkers and climbers in particular in the town. Ambleside is a good starting point for the Fairfield horseshoe, a hillwalking trail. If you are interested in history, one way to explore the town is to get a copy of the Ambleside Heritage Trail and follow the tour that takes you just outside the main shopping areas to places besides the usual tourist paths. So if you are in the mood for a quiet holiday with a little action, Ambleside is the place to be!

Armitt Museum is an independent museum and library, which was founded in 1909 in Cumbria by Mary Louisa Armitt by her bequest so that the intellectual activity of Ambleside could be preserved and celebrated. The origins of the organization can be traced back to the Ambleside Book Society that was founded in 1828 and which later formed part of the library. The famous writer Beatrix Potter donated books and paintings in her lifetime and on her death bestowed her portfolios of natural history watercolors and her personal book copies here. These are now on permanent display in an exhibit titled “Beatrix Potter: Image and Reality”. The current building was constructed in 1997 from slate and stone on the land owned by St Martin's College, which was formerly known as Charlotte Mason College.

According to the National Trust, the local Braithwaite family first owned the small Bridge House. A bridge was constructed at first that would allow access to property on the other bank of the river, and the building itself was constructed in the 17th century to serve as an apple store. The building at some point had a doorway on both sides of the river – traces of this are still visible from the outside. The stove was an addition in the 19th century when it had a stint as a tea house, while in the 1940s it was also served as a bric-a-brac and antiques shop. Bridge House in not only one of the smallest buildings in Ambleside, it is also one of the smallest buildings in the Lake District. A volunteer from the National Trust is usually close by to give visitors information about the history of Bridge House.

St Mary's Church was built in the 1850s according to designs by George Gilbert Scott in the Decorated Gothic Revival style. The building is notable for features such as its stone spire, which is a landmark for locals and an uncommon feature in churches of the Lake District. The church was built as the railway to Windermere in 1847 was set up and accommodated the ensuing expansion of Ambleside. A north-east choir vestry was added in 1889 and there is a mural by Gordon Ransom of the Royal College of Art on the west wall made during the Second World War, which illustrates rushbearing, a traditional ceremony in Ambleside that is carried out on the first Saturday in July.

Only a short walk away from the lakefront at Waterhead are the remnants of the Ambleside Roman Fort at the northern tip of Lake Windermere. The fort is often called Galava, although on the word of the National Trust, there is also proof that suggests it may have been named Clanoventa. It appears that the area was first inhabited by the end of the 1st century AD, as indicated by a wooden fort that was constructed there. After being abandoned, in the 2nd century AD it eventually became the location for the construction of a stone fort, with the lake possibly used as a form of transport. The fort is free for visitors and is closed off in a large field with some remaining stonework. You can combine your visit with a picnic down to Borrans Park next door, which has the perfect countryside setting with its characteristic rocky outcrops there.

This historic Lake District town is a truly charming place to visit, and CuddlyNest offers a selection of fine properties you can rent here during your stay. With CuddlyNest, you can find great deals and pick your favorite amenities as well. If you have a four-legged friend, we offer pet-friendly options as well. Visit CuddlyNest for the most comfortable stay on your holiday!