Temperatures in Leeds throughout the year 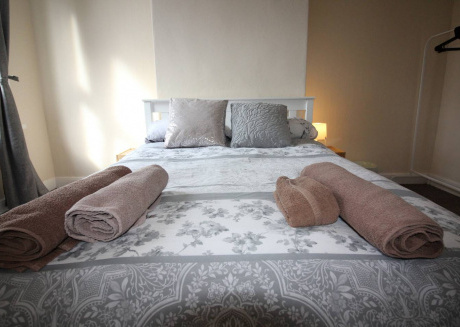 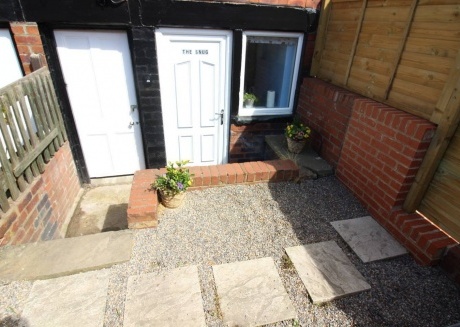 The Snug
APARTMENT
2 guests
Bathroom
from $79 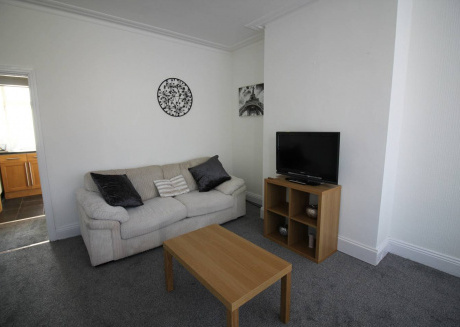 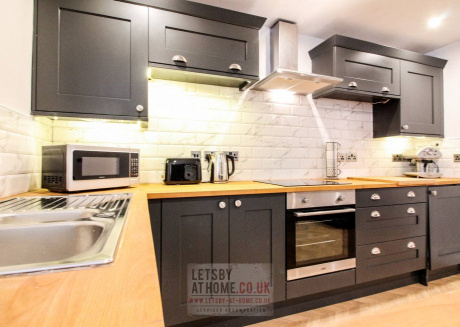 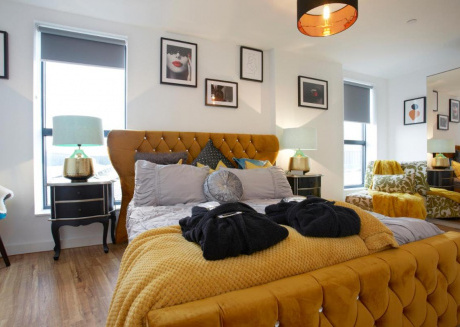 Leeds is situated within Yorkshire in England. Located 169 miles northwest of London, it rests on the valley of the River Aire in the eastern hills of the Pennines. It is distinguished by the harmonious arrangement of Victorian buildings and modern architecture, offering the perfect contrast in one place that most visitors come over to see. The name derives from the old Brythonic word Ladenses, which means "people of the fast-flowing river", referring to the River Aire that courses through the city. This name formerly referred to the forested area covering most of the Brythonic kingdom of Elmet, which was present through the 5th century into the early 7th century. Leeds has an interesting history, as it grew as a market town in the Middle Ages and advanced to contribute to the local agricultural economy. Before the Industrial Revolution, it became a center for coordinating the production of woolen cloth, and at its White Cloth Hall, white broadcloth was bought and sold. In the late Georgian era, William Lupton was the Lord of the Manor of Leeds and with a number of central Leeds property-owners with the mesne lord title, some of whom, like him, were textile producers. When he died in 1828, Lupton's land in Briggate in the center of Leeds included a mill, manor house, outbuildings and reservoir. The railway network was eventually constructed around Leeds as industrialization took place, opening with the Leeds and Selby Railway in 1834. This was significant for its development, as it improved communications with markets all over the country, such as in Manchester, Liverpool and Hull.  The present-day Leeds has a variety of natural and manmade landmarks, such as the gritstone ridge of Otley Chevin, the well-maintained city parks at Roundhay and Temple Newsam along with Millennium Square, City Square, Park Square and Victoria Gardens, where you can see the central city war memorial. With its burgeoning music scene, lush parks, shopping districts and atmospheric historical architecture, Leeds is a wonder to experience. With CuddlyNest, you can find the best vacation rentals to stay in while you explore this wonderful city.

Considered the central hub of Leeds and the pedestrian space known as City Square, it is famous for its numerous statues that include figures of the Black Prince and inventor James Watt. Make sure your camera has enough space, because there is much to see here! Close by is the Joseph Priestley Church, in addition to the spectacular Town Hall that was consecrated in 1858 by Queen Victoria. Rows of lovely Corinthian pillars decorates its front, overshadowed by a 200-foot-tall clock tower, and its sumptuous Victoria Hall is frequently used for performances. Another important city building is Leeds Civic Hall with its towers adorned with owls, the heraldic symbol of the city. Next are the Henry Moore Sculpture Galleries. These are home to works by the artist and his colleagues Barbara Hepworth and Jacob Epstein. Finally, be sure to stop at the Millennium Square, a central point for theatrical shows and concerts. The square is also the site of Leeds City Museum, with its first-rate sections covering subjects such as geology, archaeology, zoology, and ethnology.

The Headrow is an area stretching nearly half a mile, where you can find many of the city's best shopping, civic, and cultural attractions. The pedestrian-friendly Headrow is a gateway into Eastgate, Westgate, and Quarry Hill that host significant cultural attractions, such as the West Yorkshire Playhouse, which is the largest production theater outside of London, and the Leeds City Varieties, famed for being the oldest music hall in the world. Another theatrical attraction is the Grand Theatre, an opera house that functions as a home to Opera North.

The Briggate area is well known for its shopping arcades, many of which are housed in buildings of architectural importance. The buildings you should not miss out on exploring include the Grand Arcade, which was constructed in 1897 and features a number of boutique shops; followed by Thorntons Arcade, finished in 1878 and distinguished for its clock with four full-sized figures. Another is the Queens Arcade that was opened in 1889 and houses high-end designer and novelty shops. If you stop at the Victoria Quarter, you can visit the County Arcade that was finished in 1903. It is beautifully decorated with elaborate stonework, sophisticated iron domes, and marble floors. The gem is undoubtedly Queen Victoria Street, where you can admire the largest expanse of stained glass in Europe. You can visit the Leeds Art Gallery here, which is a must for art lovers. Its excellent collection of works by British artists include 750 paintings by artists such as J.S. Cotman, along with works by Constable and Gainsborough and Italian and French masters such as Courbet, Signac, and Renoir.

Right in the city's dockside, you will find the Royal Armories Museum, which is home to Britain's local collection of armor and arms. The museums features more than 8,500 objects on show in six striking galleries. It covers 3,000 years of history in armor and weaponry from around the globe. The highlights include the Tournament Gallery displaying the splendor of medieval jousting tournaments, where you can see the full-body armor belonging to Henry VIII along with the Oriental Gallery showcasing arms and armor from Africa and Asia. Fans of literature will especially enjoy perusing through the collection of weapons and swords used in the movie based on Tolkien’s famous The Lord of the Rings. With live demonstrations and spectacular re-enactments on offer, this museum is a definite must-see.

This bustling city on the Aire River provides great shopping in its famous downtown zone and has plenty of interesting museums and art galleries for the history buff. With CuddlyNest, you can find the best vacation rentals for your vacation and have the most comfortable stay. Choose from a wide selection and make the most of your vacation!