Temperatures in Rye throughout the year 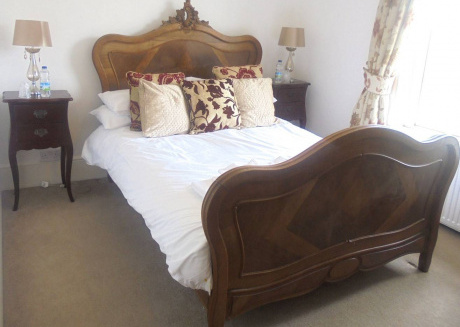 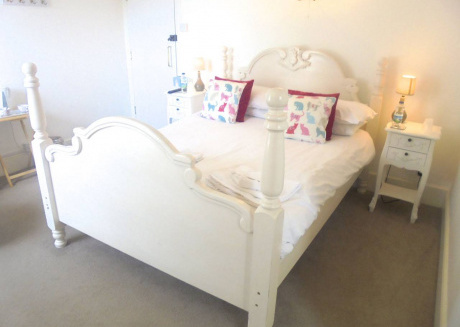 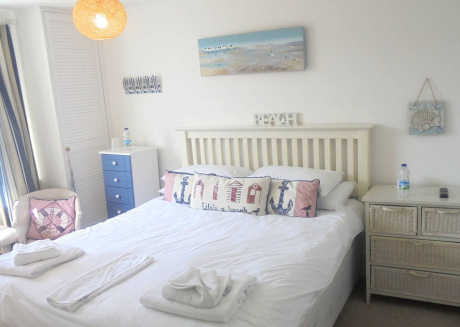 Rye is a small town in East Sussex, England. It is located two miles away from the sea at the site of the convergence of three rivers, namely the Tillingham, the Brede and the Rother. In medieval period, it was at the head of an embayment of the English Channel, and almost completely enclosed by the sea, making it an important member of the Cinque Ports confederation. It is thought that the name of Rye is supposedly derived from the word rie, meaning a bank. Medieval maps display that Rye was in the beginning located on a huge embayment of the English Channel called the Rye Camber, which was a safe space for anchorage and harbor. Almost certainly as early as Roman times, Rye was significant as a place of shipment and storing of iron from the Wealden iron industry.  As one of the two "Antient Townes" with the other being Winchelsea, Rye was to become a branch of the Cinque Ports Confederation by 1189, and successively a full member. The defense of the town as one of the Cinque Ports was imperative, due to the prosperity that trading carried. One of the oldest structures in Rye is Ypres Tower, which was constructed in 1249 as "Baddings Tower" in order to secure the town from the French. It was later named after John de Ypres, its owner. It is now a portion of the Rye Museum. These remarkable roots, history and its allure make it a wonderful tourist destination, with its many hotels, guesthouses, restaurants and tearooms. Book your vacation rental with CuddlyNest to make the most of your vacation!

Rye, over the centuries, has successively been an entrepôt port, a naval base, a fishing port, an agricultural centre, and a market town. The old part of the town is located within the former town walls, and is home to a number of antique shops, quaint little tea shops, restaurants, craft shops and art galleries that display local work. The Shop Next Door stocks gorgeous homeware and gifts, while down at Strand Quay you can browse through the antique and up-cycled furniture shops. Rye is one of the loveliest villages in England's Southeast. You will find Rye is a lively town, charming the tourists and visitors who come for a daytrip. It does get a bit busy during summer vacations however. It is the sort of place that attract all sorts of visitors, including even those that do not like places where the usual tourist crowd can be found.

If you are fond of sand dunes and the bracing salty air, why not pack up a picnic and hop over to the beach? Camber Sands is a splendid stretch of light-colored sand with a setting of massive dunes in the background. Be sure to bring along buckets and spades for some grand sandcastle-making chances or just chill with a drink and a novel out on the beach. The beach can be quite breezy so remember to take a windbreak with you! There are sandbanks under the water, so take precautions when going into the sea as. The beach is easily accessible due to a regular bus service that goes from Rye to Camber Sands, which means you will not need a car to get there from the town.

You can learn about Rye’s history at Ypres Tower. Called Wipers Tower by the locals, it is home to Rye Castle Museum. Visitors can discover the Tower’s roles through times gone by – it has played roles in defense and was a private home, prison, and mortuary and at present is a museum. You can climb the tower to admire the views from all over the town and out towards the estuary of the river Rother. There are many exhibits in the tower from Rye’s past comprising of a model presenting how the shoreline has changed over the years, a rare smuggler’s lamp and a quaint medieval herb garden, along with the prisoner cells that can also be explored. It is not sure when Ypres Tower was built. It is theorized that it may have been part of a royal castle erected during the reign of Henry III at some point between 1230 and 1250, as Normandy had admitted defeat and Henry dreaded more attacks by the French. There is some report that in 1249, he ordered Peter Savoy, the Constable of the Cinque Ports, to build a castle at Rye but at present, there is some doubt whether he actually did give the order. The Rye Literary Society had suggested the use of the Tower as a museum for the town as early as 1889, but it was not until 1928 that a museum for the town was established–in the Battery House next door. Its Curator was Leopold Vidler, who penned A New History of Rye (1934). With the approaching war, the valuables were stowed in another place and the museum was closed. This proved fortunate, as on September 22nd in 1942 Battery House and the adjoining properties were badly damaged in an air raid, and the Ypres Tower’s pyramidal roof that had been built at an unidentified date was lost. At the culmination of the war, all the exhibits that had been saved remained in storage until Coronation Year, 1953, when celebrations for the Coronation of Queen Elizabeth II ignited interest in re-establishing the Rye Museum. Today, visitors see the Tower  with much of it as it originally was in the past, with the main entry from the side facing the town.

With its history and typical English charm, Rye is a delightful place to visit on your next vacation. With the help of CuddlyNest, you can book the perfect apartment or house for your stay. Browse through our selection of great rentals and you will find the one that is just right for you, so visit CuddlyNest for the best experience!