Before booking your next getaway, learn 50 interesting facts about Greece that will make you want to pack your bags and head to the Mediterranean country. This summer, there has been one European destination on everyone’s mind. Greece. Known for its beaches, isles, culture, and ancient history, Greece offers so much to its visitors. But how well do you really know Greece?

What is Greece known for?

From the population to ancient history, for centuries Greece has been one of the most popular and interesting countries in the world. The Greek culture and lifestyle are craved by international visitors who after experiencing just days in the coastal paradise, never want to leave. Learning these interesting facts about Greece and its history, food, culture, and more will make you want to visit the country, travel like a local, island hop from the mainland to Santorini to Milos and beyond, and give Greece a top spot on this year’s bucket list.

Fun Fact 1: Ancient Greece refers to 700-480 B.C. It’s no surprise that Greece has one of the oldest and longest histories, but one of the biggest misconceptions is that the period most famous for architecture, art, and philosophy is the Archaic or Ancient Greek period. However, it was in fact the Classical Age (480-323 B.C.). Ancient Greece is responsible for advances in art, technology, and poetry. One of the most interesting facts about Greece’s Ancient Greek period is that it was during this time in which the city-state was invented.

Fun Fact 2: Athens, the capital of Greece, is Europe’s oldest capital. Athen’s origins date back as far as 3,400 years ago making it one of the oldest cities in the entire world.

Fun Fact 3: The first known democracy began in Athens around 500 B.C. This democracy allowed citizens to directly vote on laws.

Fun Fact 4: The first Olympic games were held in 776 B.C. in Olympia. The tradition of the games lasted until 393 A.D. and did not return until the first Olympic Games in Athens, Greece, in 1896.

Fun Fact 5: Women were forbidden to watch or participate in the ancient Olympic Games;

Fun Fact 6: The two major Greek poems, the Odyssey and the Iliad by Homer were written during the ancient Greece period.

Fun Fact 9: Mount Olympus is the highest mountain in Greece and one of the highest peaks in Europe. Located on the border between Thessaly and Macedonia, the mountain rises up to 2,917 meters above sea level.

Fun Fact 10: Greece is one of the most mountainous countries in Europe, and 80% of the country is mountainous. Aside from Mount Olympus, the country is home to other well-known mountains, such as the Parnassus, Taygetos and Pelion;

Fun Fact 11: Greece has the longest coastline in Southern Europe – over 60 km of it surrounds Athens!

Fun Fact 12: Greece is smaller in size than the state of Alabama, in the USA;

Fun Fact 13: About one-third of the Greek population lives in the capital Athens.

Fun Fact 14: Thessaloniki is the second-largest city in Greece;

Fun Fact 17: Aside from being one of the most prominent World Heritage Sites in Greece, the Acropolis is considered to be the symbol of Athens and Western Civilization. It’s also the most popular tourist attraction in the country.

Fun Fact 18: Greek mythology is still relevant in Greece today. There were twelve Olympic gods celebrated in Ancient Greece, including Zeus, leader of the Olympians, Hera, Zeus’s wife and sister, and Athena, goddess of wisdom, defense, and war. The famous Hercules, a son of Zeus, was not actually a Greek god but is still known as the greatest hero in Greek mythology.

Fun Fact 19: Athena defeated Poseidon to become the guardian of Athens. They each gave the city a gift, Athena an olive tree and Poseidon water in the form of a spring. The people of Athens thought the olive tree was much more useful as it could provide food, oil, and wood.

Fun Fact 20: Columns are very symbolic of Greek architecture. There are three main types of columns used to build Greek temples and structures. They are Doric, Ionic, and Corinthian.

Fun Fact 21: The famous saying “taking the bull by its horns” comes from the Greek myth of Hercules saving Crete from a raging bull by seizing its horns.

Fun Fact 22: Greece has over 5,000 islands. These islands are spread throughout the Aegean Sea and are some of the most popular destinations to visit in the world. Only 200 of these islands are populated.

Fun Fact 24: Greece is one of the sunniest places in the world, with 85% of sunshine a year. This means that country has 300 days of sunshine per year.

Fun Fact 25: Santorini Island is an active volcano. The last eruption recorded was in 1950. Santorini is also commonly known as the most popular Greek Island to visit.

Fun Fact 26: Many houses in the Greek isles are white-washed with blue doors and roofs. That color is believed to keep evil spirits away.

Fun Fact 27: One of the Greek Islands, Mykonos, has an official mascot, which is a pelican named Petros.

Bonus Fun Fact: Amid the Coronavirus pandemic, Corfu and Preveza, Greece, were named two of the European Best Destination‘s safest cities to visit in summer 2020.

Fun Fact 29: 98% of Greece’s population are ethnic Greeks. 40% of the entire population resides in the capital city, Athens.

Fun Fact 31: There are over 4,000 official traditional dances throughout Greece.

Fun Fact 33: The word “alphabet” refers to the first two letters of the Greek alphabet, alpha (α) and beta (β);

Fun Fact 34: The Ancient Greek alphabet is the oldest written language to still be used to the present days;

Fun Fact 35: You speak Greek and you don’t know it! The Greek language has contributed to the English vocabulary, and 150.000 of English words derive from Greek. Examples: economy, academy, paradise, school, poem, and decade, just to name a few.

Fun Fact 36: The evil eye, or mati, is a common Greek superstition. It’s believed to be a negative energy, such as jealousy or hostility, and it can cause several bad things, such as headaches, weakness and bad luck. To protect against the harmful energies of the evil eye, Greeks wear a mati pendant, a blue and white eye charm which dates back to the 6th century BC.

Fun Fact 37: 90% of the population of Greece is Christian Orthodox, and the Orthodox Church is the third largest branch of Christianity, after the Roman Catholics and the Protestants. There are also Muslims, Jewish and Catholics in Greece.

Fun Fact 38: In Greece, it’s common to celebrate name days instead of birthdays. They have a holy name calendar, and each day of the year is dedicated to a Christian saint or martyr. According to the Greek Orthodox tradition, when someone is named after one of these holy figures, that saint’s day becomes their “name day”.

Fun Fact 39: “ Eleftheria i Thanatos” is the motto of the Hellenic Republic and it means Liberty or Death.

Fun Fact 40: The Greek flag, also known as the Γαλανόλευκη (galanolefki) or Κυανόλευκη (kyanolefki), consists of a cross in the upper left corner, and nine horizontal lines of sky blue and white alternated. It’s said that the nine stripes represent the nine syllables of the phrase “’Eleftheria I Thanatos”, but some say they symbolize the nine letters of the Greek word “freedom” (eleftheria).

Fun Fact 41: At traditional Greek weddings, the best man will shave the groom on the day of the ceremony. This gesture symbolizes trust.

Fun Fact 43: Lunch is called “mesimeriano” and it is the most important meal of the day in Greece.

Fun Fact 44: The famous term, the “Mediterranean Diet” is based on food patterns that originated in Crete, Greece. It’s impossible not to eat well when visiting this island in Greece. And the country as a whole. The Mediterranean Diet includes vegetables, olive oil, nuts fish, grains, and a low intake of red meat.

Fun Fact 45: Winemaking in Greece has been a tradition for 4,000 years. There are over 600 wineries in Greece.

Fun Fact 46: Olive oil is a staple thanks to the thousands of olive trees that have been in the country since ancient times. Greece is also known to be the country in the world with the most olive oil consumption per capita. In fact, many greek women rubbed olive oil into their skin to make it soft.

Fun Fact 47: Greece is the third-largest producer of olives in the world, and it produces more than 430,000 tons of olive oil annually.

Fun Fact 48: According to Greek mythology, goddess Athena gave the first olive tree to Athens before it spread to the rest of Greece.

Fun Fact 49: Aside from being a leading producer of olives, Greece is also known for its Feta Cheese, which is one of the country’s most important exports. In fact, the cheese was affectionately nicknamed “white gold”.

Fun Fact 50: The ancient Greeks believed that milk was a sacred food and, according to Greek mythology, the gods sent the son of Apollo to teach the Greeks the secrets of cheese making.

What new things did you learn about Greece? Now that you know the most interesting facts about Greece, it’s time to pack your bags and explore the beautiful Mediterranean destination. Start by booking one of Greece’s most affordable hotels and vacation rentals on CuddlyNest. 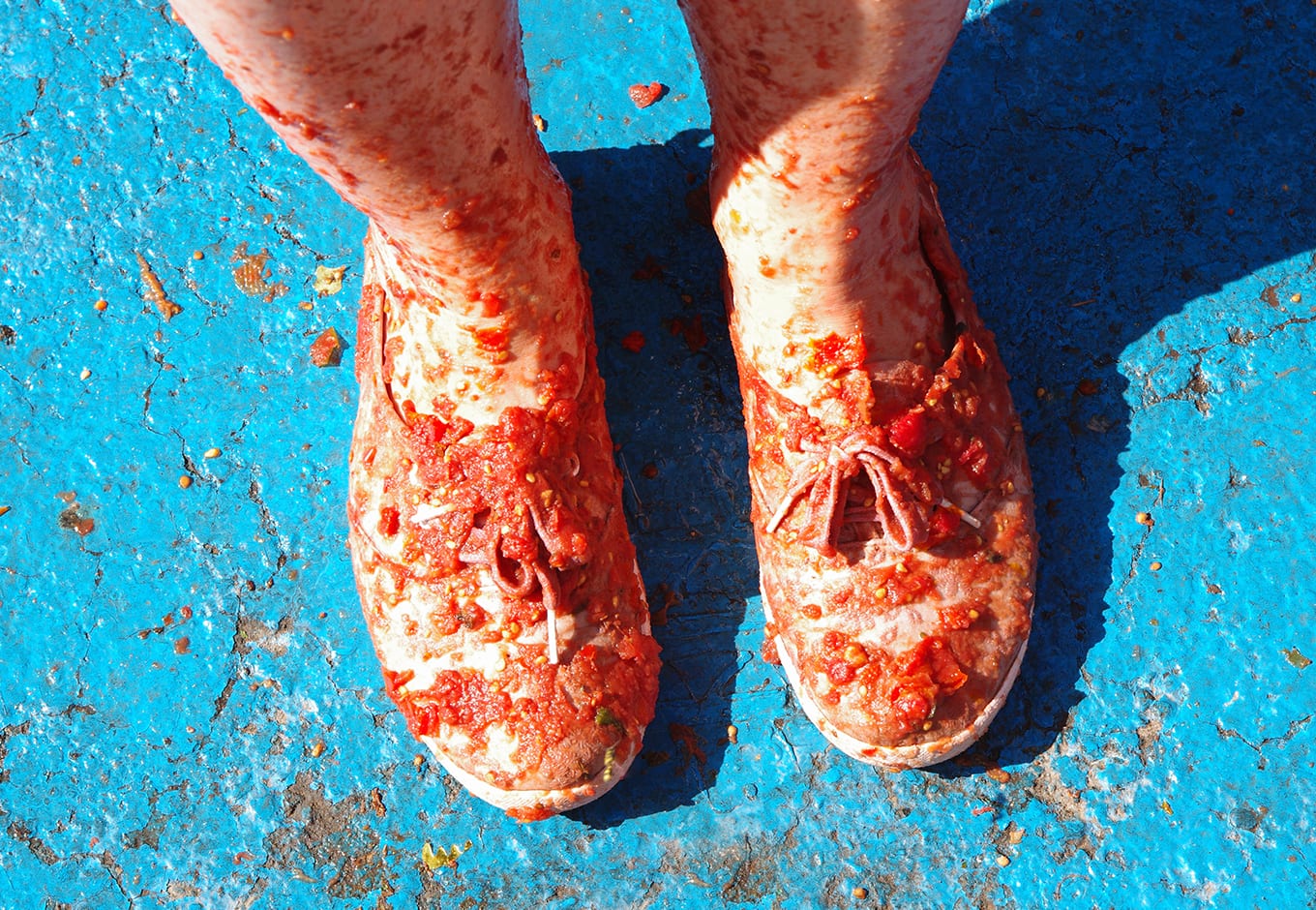