Family-friendly beaches on the Adriatic Coast and medieval cities dotted with Game of Thrones filming locations might be the first options for those who visit Croatia. But the country also has a showcase of offbeat places that appeal to the most inquisitive travelers. Sinj, for instance, is a small Croatian town with a rich cultural heritage. The city might not be the first option when it comes to a trip to Croatia, but it’s surely a worth visiting destination.

Located in the heart of the Dalmatian hinterland, within a 40-minute driving distance north from Split, Sinj is an agricultural center that lies between four scenic mountains: Svilaja, Dinara, Kamešnica, and Visoka. Sinj has been inhabited since prehistoric times, and aside from boasting a range of monuments, and historic buildings, Sinj plays host to the iconic Sinjska Alka, a traditional knight tournament that happens during the summer, and was inscribed on the UNESCO List of Intangible Heritage, in 2010.

There is no doubt whether travelers should visit Sinj or not — it’s a definite yes. The city is especially great for a day trip to Croatia, and there are a lot of tourist attractions and amazing activities in Sinj for a culture-filled trip. And if you get the chance to be in Sinj during the Sinjska Alka tournament, make sure to marvel at the majestic horses galloping the city street while passionate riders dressed in traditional costumes aim their lances at a hanging metal ring.

But, before you go, have a look at our travel guide to find out what are the top tourist attractions in Sinj, one of the most fascinating cities in Croatia!

Planning A Trip To Sinj, Croatia

Sinj: A Small Town With A Rich History

As you may guess by name (or, several of them), the history of Sinj spans over many time periods, and the city landscape provides tourists with diverse cultural experiences that reflect the rich heritage of the Sinj.

Sinj has been inhabited since the Stone Age, as the valley of Cetina river, cast between the mountains, and favored the region with a mix of continental and sub-Medditarean climates, which allowed for the locals to settle and flourish.

The Illyrian tribe, the first inhabitants of Sinj, had left a large footprint in the Croatian culture. For example, the famous peka food preparation style, cooking under the bell jar, it’s a heritage as ancient as 2250-1600 BC.

In the late Medieval period, Sinj outgrew the ancient fortress, which surrounded the city. In the 17th century, during the times of the Ottoman Empire, Sinj grew around the monastery and the church of the Miraculous Lady of Sinj (Gospa Sinjska), which you can still visit today on the main square.

Sinj has a sub-Mediterranean climate, with hot and dry summer days, and very cold winters. So, for the ideal climate, visit the city between March and July. This is when the weather is warm and pleasant, which allows travelers to indulge in a range of outdoor activities and uncover the top attractions in Sinj. August is the hottest month, which can be overwhelming for some travelers. But bear in mind that the Sinjska Alka tournament happens during this month, so if you want to watch it, you’ll have to endure the warmer weather.

How To Get To Sinj, Croatia

Getting to Sink depends on the location you’re at. Arriving there from Split is quite quick and easy, and you can either take the bus, taxi or even go on a road trip and drive to the final destination. If you’re in Dubrovnik, which located by the Adriatic Sea, you can go by bus (the trip takes a bit more than 6 hours), or take the ferry to Split and then go to Sinj,

Watching The Sinjska Alka, in Sinj

This is, undoubtedly, one of the top activities in Sinj. The Sinjska Alka is an equestrian competition held in Sinj every first Sunday in August, since 1715. The tournament was established to celebrate the Croatian-Venetian victory over 60,000 Ottoman soldiers on August 1715.

Witnessed every year by thousands of spectators, the Alka gathers between 11 to 17 Alkar (the knights) that ride their horses at full speed towards the Alka, a ring that consists of two concentric iron circles joined by three bars. The goal? To target the inside circle of the ring with a 3-meter long pointy spare while riding the horse. The knights are awarded points according to which sector of the ring they are able to pierce: the central circle, which is the smallest one, is worth three points, the upper field two points, and the two lower fields one point each.

Sinjska Alka is spread over three days, and the grand celebration is held on Sunday, which is the last day of the event. The day starts with a beautiful traditional procession, which passes through thousands of spectators, including travelers, and the proud families of the knights.

Curious fact: only men born in Sink or one of the surrounding villages can compete in the tournament. They wear elaborate ornamented costumes that are identical to the ones worn by the knights in the 18th-century.

Exploring The Old Town of Sinj

Most of the top attractions in Sinj are located in the Old Town. So, if you dedicate some time to truly wander the streets and explore the historic city center, you’ll be able to uncover most of Sinj’s landmarks. With remnants of the old fortress that protected the city, “The Town”, as locals say, used to harbor people and the soldiers during the Turkish invasions.

While strolling around the center of Sinj, you’ll be able to spot the church of the Miraculous Lady of Sinj, which sits in the city’s main square. Considered one of the top tourist attractions in Sink, the church was built from 1699 to 1712, and it endured wars and earthquakes over the years, preserving its original appearance.

In the city center of Sinj, make sure to also go to the piazza fountain, which is locally known as “funtana” and was erected in 1852 by mayor Antonio Buglian.

Also in the very town center of Sinj, opposite the Church of the Miraculous Madonna of Sinj, there’s the Kamičak Fort, a star-shaped fort built in 1712 on top of a hill of the same name. The fort displays a layout that dates back to 1890 when the walls were built and the pine trees planted on the site.

After discovering the top attractions in Sinj, a great idea is to plan a day trip to a nearby destination. Check below what are the top cities that are located within a driving distance from Sinj for the perfect Croatian getaway.

Are you ready to experience a bit of action during your vacation? After enjoying the top activities in Sinj, head over to Orlova Staza for the Eagle’ s trail near Sinj. The 44 km route is not quite flat, with an elevation of 969 meters. It is not boring, though – the mix of cross trail and road cycling will keep you awake. Starting with asphalt, continuing with picturesque gravel roads, and ending with oak forest, the route is demanding but provides travelers with excellent views of places such as Lake Peruča. You can also cycle until you reach the spring of the river Cetina.

The Klis Fortress, For Game of Thrones Fans

Traveling with your kids and not sure if they’ll enjoy long hours on a bike? Then you can take them to a Game of Thrones filming location instead. And, surprisingly enough, we’re not talking about Dubrovnik, but actually the Klis Fortress. Located between Split and Sinj, this medieval fortress was built at an altitude of 360 meters to ensure the control of invasions. This magnificent fortress is featured in Game of Thrones season 4 when Daenerys Targaryen and her army go to Meereen to free the slaves.

You can get there from Sinj by taking a taxi (24 km) or renting a car. Alternatively, if you come from Split, take the bus No.22 from the National Theatre (buy the ticket in the kiosk). The trip is totally worth it, as it’s one of the best family-friendly tourist attractions around Sinj.

The best way of ending a tour around the top attractions in Sinj is by having an authentic travel experience in nature. So, if being immersed in natural beauty sounds appealing to you, make sure to include a visit to the Krka National Park in your itinerary. Located within one hour drive from Sinj, in southern Croatia, the park covers an area of over 142 square km and includes two-thirds of the Krka River. The main highlight of this pristine paradise is the Skradinski Buk, an area 400 m in length and 100 m in width which encompasses 17 waterfalls that range in height by over 45 meters. The National Park also harbors rich wildlife, with over 800 species of plants, over 200 bird species, and some 18 different species of bats. 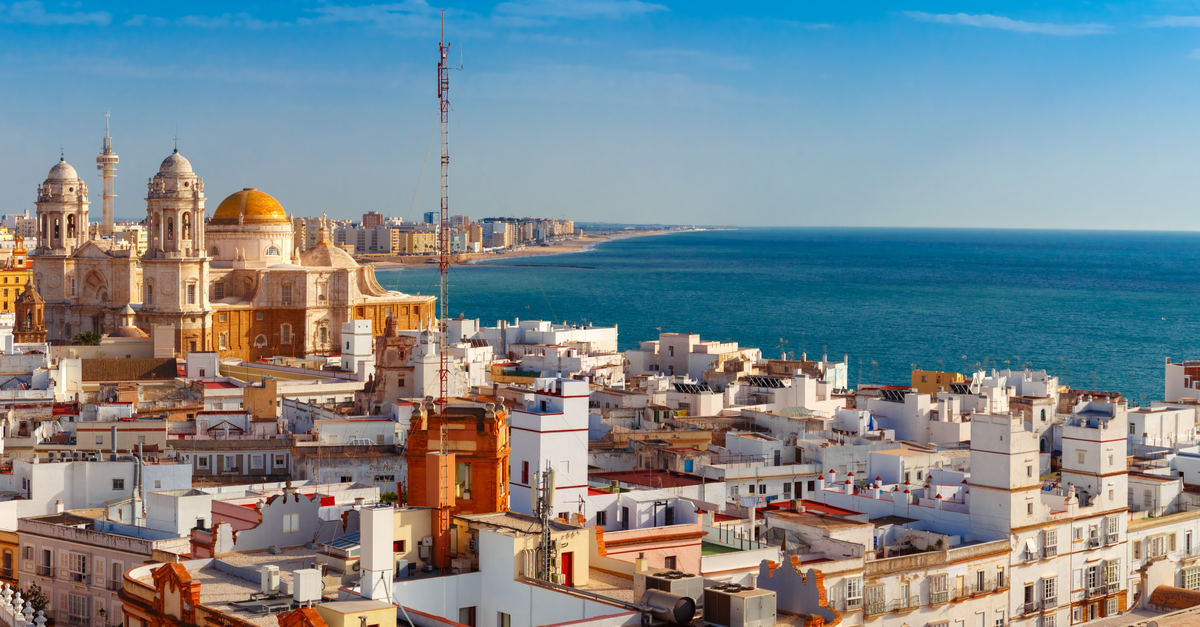 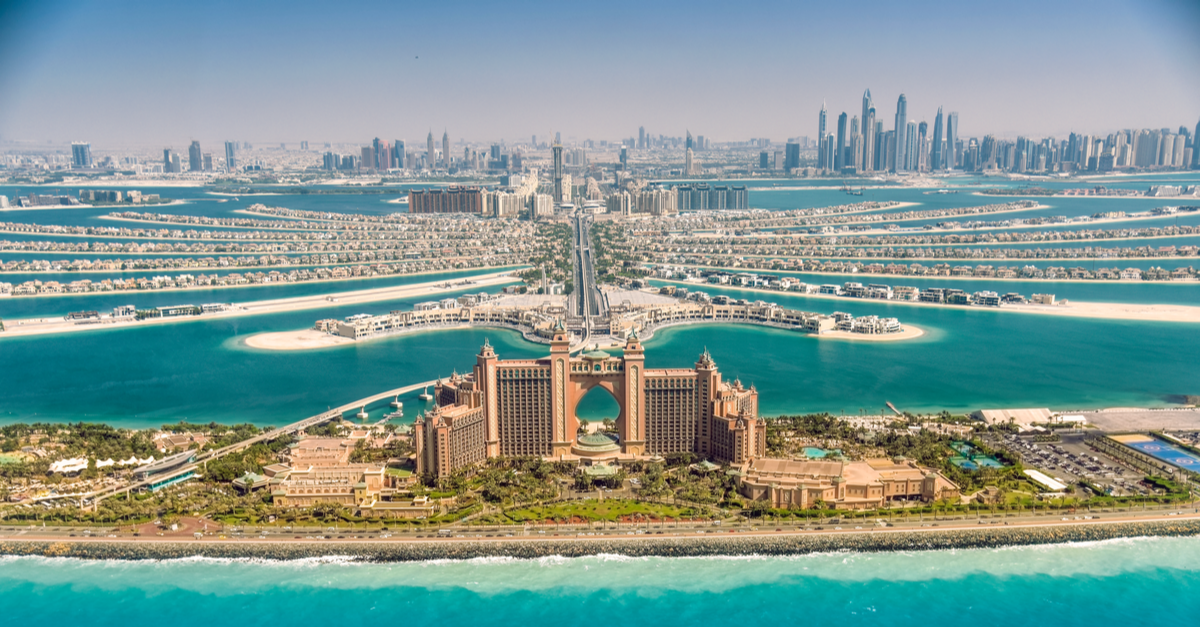 One of the most beautiful and unique places to visit in the world is Dubai. As...

One of the most beautiful and unique places to visit in the world is Dubai. As...